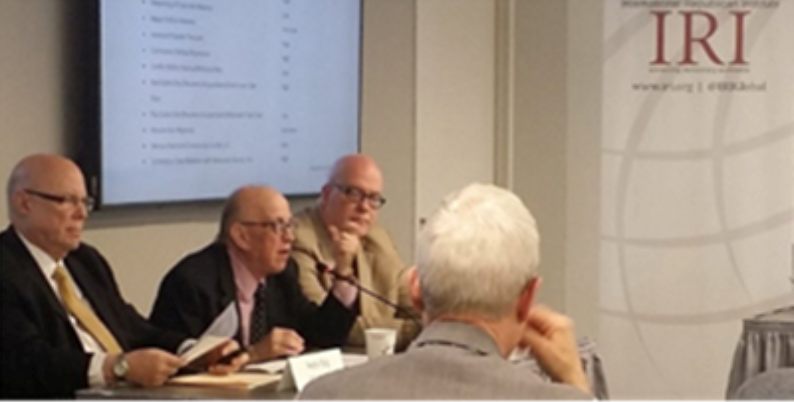 A Cuban exile group is forwarding complaints to federal authorities about alleged human-rights violators in Cuba who now live in the United States, with the goal of deporting people who participated in acts of violence and harassment on the island, the Miami Herald reports:

The idea behind the project is not to launch “a witch hunt” but “to change the focus of the victims” to those who are guilty of repression, and to give a response to those who have said they have seen people in South Florida who harassed or mistreated them in Cuba, Juan Antonio Blanco, director of the Foundation for Human Rights in Cuba, told el Nuevo Herald.

Ariel Ruiz Urquiola (right), an environmentalist, is in prison in Cuba. He was convicted of “disrespect” in remarks to forest rangers and sent to jail for a year. In protest, he has been on a hunger strike, and sources tell us his life is in danger. He should be released immediately to avoid compounding the theft of his freedom with the loss of his life.

The regime is trying to project an image of change and younger leadership, while the reality is continuity of the system and of General Raúl Castro’s leadership, experts told a recent seminar hosted by the International Republican Institute – a core affiliate of the National Endowment for Democracy – and the Cuban Studies Institute (above). The lack of support in the military and the party highlights the weakness of ostensible leader Miguel Díaz-Canel, the Institute’s Professor Jaime Suchlicki explained. 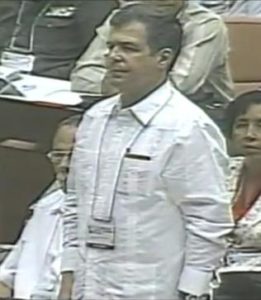 Mr. Ruiz, 43, who was a biology researcher at the University of Havana, has been a voice of inconvenient truth in Cuba for some time, the Post adds:

The same motive explains the continued unjust incarceration of Eduardo Cardet, the national coordinator of the Christian Liberation Movement founded by the dissident Oswaldo Payá, who died in a suspicious car wreck nearly six years ago. Both Mr. Cardet and Mr. Ruiz are victims of the police state established by Fidel Castro, who died in 2016, and his brother Raúl, who left the presidency this year. Their legacy lives on.