“I think it’s very difficult to understand U.S.-Venezuela policy without understanding Cuba and the half-century drive to change the regime in Havana,” said Michael Shifter, president of the Washington-based Inter-American Dialogue. “Their calculation is that change in Venezuela will effect change in Cuba.”

That view finds an echo among Capitol Hill policy-makers like Sen. Robert Menendez (D-N.J.), a Cuban American and the ranking Democrat on the Senate Foreign Relations Committee.

“I think it would be naive not to recognize that bad actors are keeping Maduro on a lifeline. It’s Russia,” which has long provided cash in exchange for part ownership of Venezuela’s oil resources, “and it’s the Cuban regime,” Menendez said. “There’s no question that their security apparatus is fully engaged in Venezuela, at Maduro’s request.” 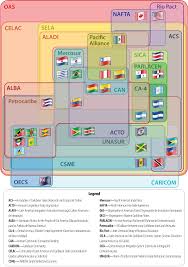 Some protagonists “see CubaZuela as a single issue and want to dislodge both governments from power,” longtime Cuba analyst Phil Peters tells the FT:

For its part, Cuba seems to be actively undermining itself. It lacked the agility to walk through door that Barack Obama tried to open for it. The Communist Party has consistently failed, or thwarted, attempts at economic reform, while continuing to harass dissidents. Europe is disenchanted. Latin America has swung to the political right. Havana continues to support Maduro openly.

But perhaps most crucially to Mr. Maduro, Cubans remain a key component in the intelligence and military sectors, providing assistance with domestic surveillance, electronic wiretapping, and internal military surveillance — to help squelch dissent and shore up loyalty, analysts told the New York Times.

“A coup plot is a big worry,” said Harold Trinkunas, deputy director at the Center for International Security and Cooperation at Stanford University and an expert on

“As long as the Castro regime is not held accountable internationally for its intervention in Venezuela, it’s going to continue sending a private army of almost 15,000 intelligence operators, which are the ones responsible for Maduro holding on to power.

“I’ve never seen a Latin American dictatorship resist so much pressure from so many people,” he added. “So the know-how of repression that’s being exported by the Castro regime has to be confronted by Canada and the Lima Group. As long as that doesn’t happen, Venezuelans are going to face two dictatorships in one.”

Venezuelan oil is the lifeblood of Cuban economy, CNN adds, under a barter system where Cuba receives billions of dollars of crude in exchange for Cuban doctors, teachers, sports trainers, and military and intelligence advisers. And now, as political unrest threatens the Maduro régime in Caracas, it also threatens to put the lights out in Havana.

Maduro can learn from Cuba that if he hangs on a few months, regional leaders will forget about restoring democracy in Venezuela, says Patricio Navia, a professor of liberal studies at NYU and a professor of political science at Diego Portales University in Chile.

Unless Latin American countries demonstrate consistency in defending democracy as the only game in town – regardless of how long those authoritarian governments have been in power and regardless of their ideology – the governments of the region will not be an effective and influential voice in forcing the restoration of democracy in Venezuela or in preventing future democratic breakdowns elsewhere in Latin America, he writes for Americas Quarterly.

“My research concentrates on the time between 1959 and 1994, the year that Castro and Chavez first met, with the latter being utterly hypnotized by Castro,” says Avendano. The author uses numerous sources and contemporary eyewitness interviews to depict Cuba’s early support for revolutionary forces in Venezuela and Havana’s involvement in a February 4, 1992, coup attempt led by a young lieutenant colonel by the name of Hugo Chavez. “The rest,” says Orlando Avendano, “is history.”

Elliott Abrams, the administration’s special envoy for Venezuela, points out that the humanitarian disaster began long before serious U.S. sanctions were imposed this year. Additional measures are on the drawing board, the Post adds.

“We think there will come a point at which the whole society will show its rejection of this regime even more strongly, that is, larger demonstrations, more people in the army saying this can’t continue,” Abrams said in an interview.

The Cubazuela axis is the focus of a form of irregular war in the Western Hemisphere –  a “combination of all means of struggle,” including violent applications of power by regular, guerrilla, paramilitary, clandestine, and surrogate forces orchestrated over an extended period of time and geographic expanse, some analysts suggest.

*Former program officer with the National Endowment for Democracy.