Efforts to bring stability to Sudan’s conflict-ridden Darfur region have failed to reassure residents fearful of rising violence which has cast a shadow over peace negotiations, Reuters reports (HT:FDD).

“The attack by 500 armed men in pick-up trucks on a large village in the state of West Darfur requires real organisation,” argued Marc Lavergne, a Sudan expert at the French National Center for Scientific Research. “It’s a message. The objective is to destabilise the country and show others abroad that the administration in Khartoum is only in control of the capital.”

The ouster of Sudan’s longtime ruler last year stoked hopes for peace in brutalized Darfur. But violence has surged amid fresh accusations against Sudan’s security forces. While Sudan’s detested dictator has been vanquished, his legacy has proved harder to dismantle, and the transition to democracy has stalled perilously in key areas, The Times adds:

A transitional legislature, announced last year, has yet to be formed. The youthful democracy campaigners who helped to oust Mr. al-Bashir have split into factions. A campaign to get the United States to lift its designation of Sudan as a state sponsor of terrorism,… has run into sand. And the country’s transitional government, which is supposed to pave the way for a general election in 2022, is troubled by tensions between military and civilian leaders, Western diplomats say, as well as periodic rumors of a military coup.

“When you see attacks like this one, and it’s just another Tuesday in Darfur, you realize that not much has changed since the revolution,” said Cameron Hudson, a former State department official and Sudan expert at the Atlantic Council’s Africa Center, a research group, speaking of a recent attack in Fata Bornu.

In response to the street’s demands, and after a week of protests, the Sudanese Cabinet issued a statement announcing its desire to make a cabinet reshuffle and demanded six ministers to resign, notes analyst Areig Elhag. It is expected that these measures will temporarily placate the Sudanese street until the new government proves its efficiency and its compatibility with the demands of the revolution, she writes for The Washington Institute: 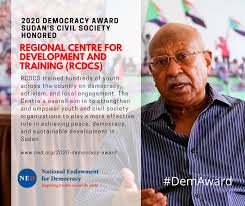 It is also in the interest of Sudan’s politicians in the coming period to avoid being drawn into scenarios that could restore dictatorship in Sudan. Political exclusion does not operate in the interest of Sudan and the best course of action is to adapt an inclusive policy towards all balanced political forces with agendas consistent with the people’s choices.