Brazilian President Jair Bolsonaro is facing one of the worst coronavirus epidemics in the world, an ongoing corruption investigation, and a procession of ministers deserting his cabinet. To top it all off, he’s now lost the presidential dog, Foreign Policy observes.

Every day comes a new sign that the world’s crooks and thieves have learned of a new way of profiting from the coronavirus, Oliver Bullough writes for Oligarchy (above), a new initiative from Coda Story. In Ecuador, they cornered the body bag market, and inflated prices thirteen-fold. In Bolivia, the health minister has been arrested for allegedly overcharging his own ministry for ventilators that didn’t even work. In Zimbabwe, the health minister has been charged with corruption over a contract for Covid-19 testing kits.

The next administration could substantially increase U.S. impact on anticorruption through taking the following measures:

Defending against the weaponization of corruption

In a growing number of countries in Africa, Asia, Europe, and Latin America, powers like Russia and China are exploiting and exacerbating homegrown corruption, intent on buying influence as a means of advancing their foreign policy, Bellows adds: 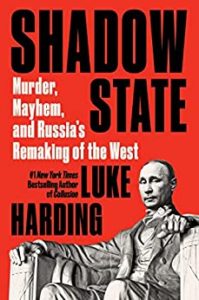 As they do so, these powers propagate a model of authoritarian kleptocracy, in which officials capture and then disburse state resources to a small circle of elites, whose allegiance helps keep the regime in control in spite of its lack of public accountability. This model, while disastrous domestically, becomes even more dangerous when harnessed for geopolitical ends by a malign foreign state. As the National Endowment for Democracy explains, “corrosive capital and strategic corruption differ from other forms of corruption in that they are backed, and sometimes orchestrated, by a state power for political rather than economic goals – or to advance a comprehensive authoritarian agenda with inseparable political and economic objectives.”

Luke Harding’s new book, “Shadow State: Murder, Mayhem and Russia’s Remaking of the West”  reminds us how important it is to fix corruption as a system that invisibly infects entire sections of the global economy, rather than just tackle its sporadic visible outbreaks, Oligarchy’s Bullough adds.