The Central American country has defied many assumptions of political science to produce one of the world’s most impressive trajectories of the past three decades, resulting in a notably resilient democracy, the University of Sydney’s James Loxton observes.

What can be learned from Panama’s experience? he asks in a Foreign Policy article adapted from his essay in the latest issue of the Journal of Democracy.

Panama’s political institutions are democratic, with competitive elections and orderly rotations of power. Freedoms of expression and association are generally respected, Freedom House adds. However, corruption and impunity are serious challenges, affecting the justice system and the highest levels of government. Discrimination against racial minorities is common, and Indigenous groups have struggled to uphold their legal rights with respect to land and development projects. 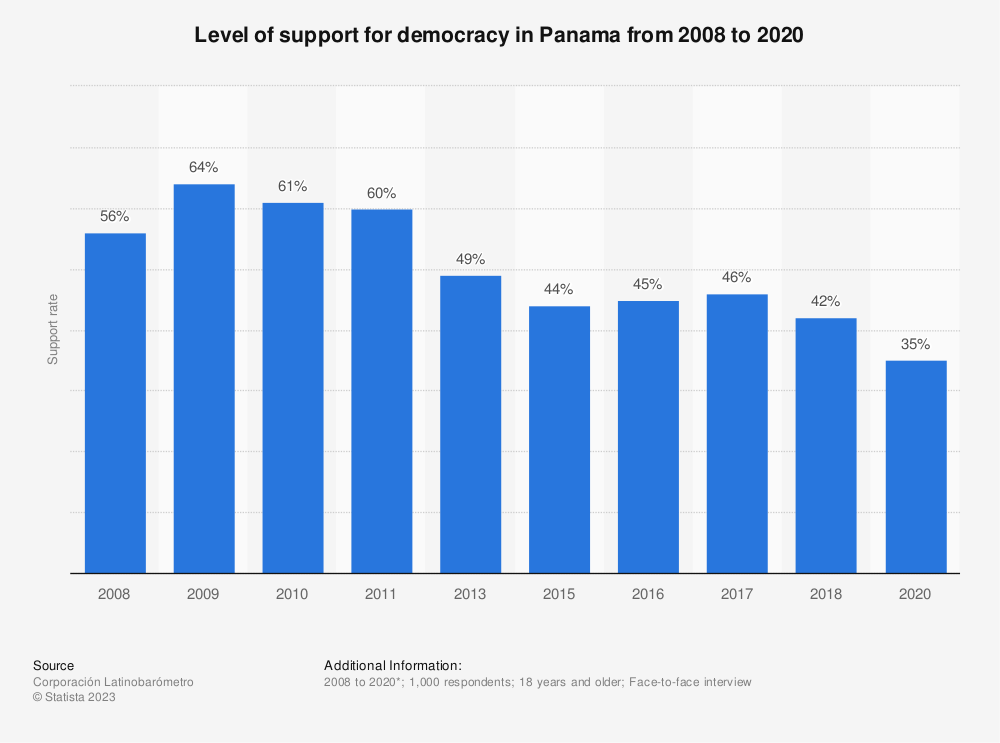 Nevertheless, support for democracy diminished from 2008 to 2020, according to Statista’s Teresa Romero (above).

Panama has joined Costa Rica and the Dominican Republic to form a New Alliance for Promoting Democracy and Prosperity in the Americas, experts told the House Foreign Affairs Committee’s Subcommittee on the Western Hemisphere (above).