The number of countries moving in the direction of authoritarianism is three times the number moving toward democracy, according to a new analysis. launched today (above). Authoritarianism is resurgent as autocratic regimes crack down and democracies adopt restrictive measures in response to the COVID-19 pandemic, says the International Institute for Democracy and Electoral Assistance (IDEA).

The number of democracies backsliding into authoritarianism has doubled in the past decade, including EU states Hungary, Poland and Slovenia, POLITICO reports:

People in those three countries are among the two-thirds of the world’s citizens living in backsliding democracies or under autocratic regimes. The findings from IDEA, an intergovernmental organization, are based on an analysis of 165 countries in 2020 and 2021, and by examining democratic trends since 2015.

Yet, democracy is resilient, IDEA asserts in “The Global State of Democracy: Building resilience in a pandemic era” report. Many democracies have proved resilient to the pandemic, introducing or expanding democratic innovations and adapting their practices and institutions in record time. 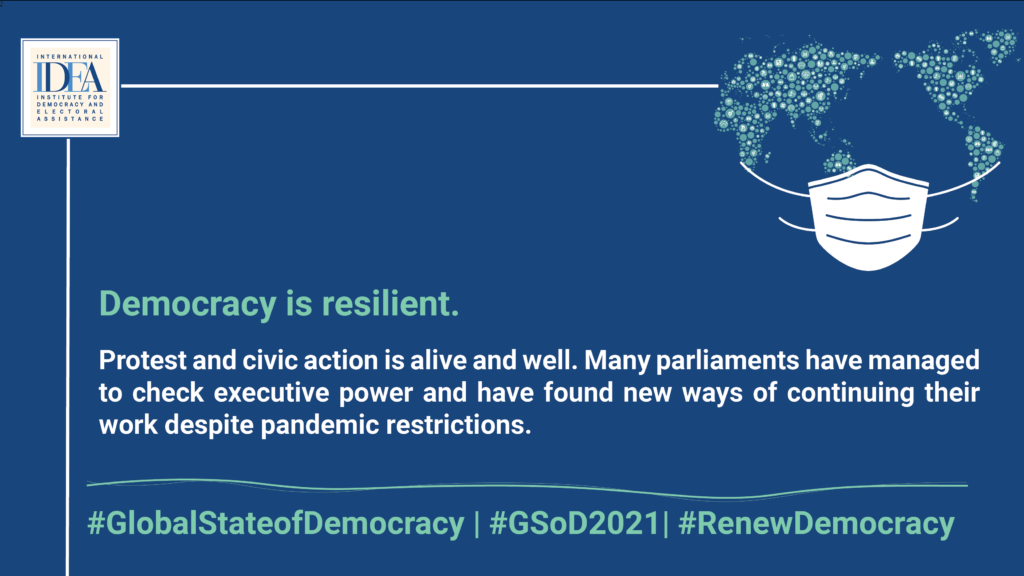 The United States for the first time was added to the list of “backsliding democracies,” The Washington Post adds.

“The United States, the bastion of global democracy, fell victim to authoritarian tendencies itself, and was knocked down a significant number of steps on the democratic scale,” the report said.

“If there is one key message in this report, it is that this is the time for democracies to be bold, to innovate and revitalize themselves,” IDEA secretary-general Kevin Casas-Zamora told POLITICO. Global democratic renewal requires pro-democracy actors to: 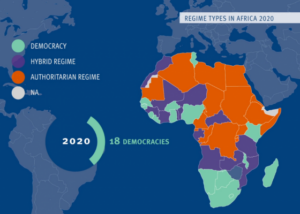 DELIVER a new social contract that closes the gap between what people want and what governments currently deliver by designing responsive, inclusive, accountable, and transparent institutions oriented towards achieving sustainable development.

PREVENT rising authoritarianism and democratic backsliding by investing in education and by supporting independent civil society, combatting disinformation and supporting free and independent media that facilitates the growth of democratic cultures, values and practice.

The report confirms the findings of an October 2020 Freedom House analysis that democracy and human rights had worsened in 80 countries since the onset of COVID.

The findings provide an incentive for states to be bold and redesign democratic institutions in advance of December’s Summit for Democracy, IDEA’s Casas-Zamora adds.

“I’m hoping it can serve as a catalyst for collective multilateral efforts to defend and advance democracy because that’s what we need. We need collective action to protect democracy — and not just among governments. Civil society, the press and academia must also be involved,” he says.