Across 17 advanced economies, a median of 56% believe their political system needs major changes or needs to be completely reformed. Roughly two-thirds or more hold this view in Italy, Spain, the United States, South Korea, Greece, France, Belgium and Japan, according to the Pew Research Center.

Many who want changes are not confident the political system can be effectively reformed. A median of 46% across the 17 publics express both a desire for change and a lack of confidence, while a median of just 18% are confident the change they feel their system needs can happen.

A median of 57% across 17 publics say they are satisfied with the way their democracy is working. But while views of democracy are relatively positive overall, assessments vary across the advanced economies surveyed.

Only 41% of Americans are satisfied with the way democracy is working in their country, the survey adds: 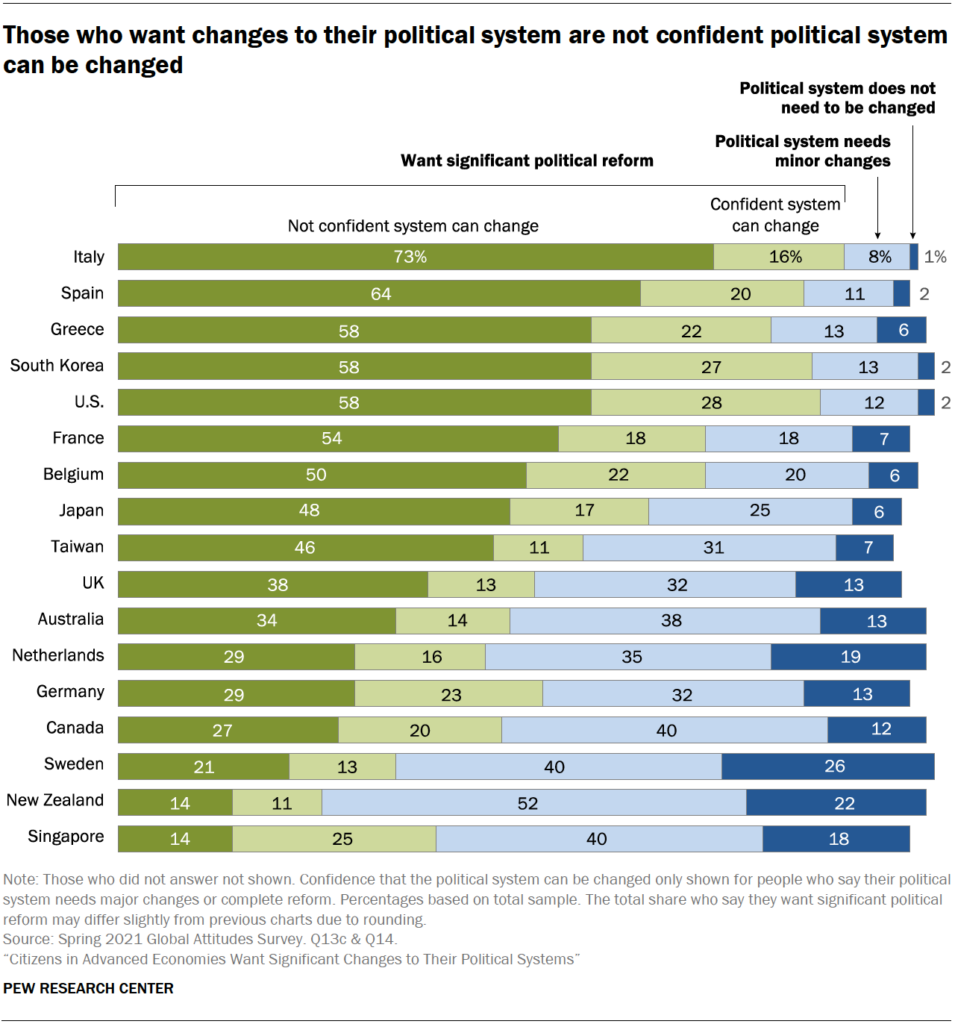