The tug of war between democracy and autocracy will persist over the next decade, with democracies potentially losing some ground, according to a new Atlantic Council survey:

Respondents as a whole do not foresee a clear triumph for either democrats or autocrats over the next ten years, ACUS notes. More expect the number of democracies in the world to shrink (37 percent) than to grow (29 percent). But almost all forecast any change to be modest: Just 4 percent foresee many more or many fewer democracies by 2033. Thirty-five percent believe the world will have roughly the same number of democracies as it does today.

Democracies are entering a dangerous decade in which they will need to contend with nationalist and populist forces and all the challenges associated with rapidly evolving technology. When asked which social movements they expected to have the most political influence worldwide over the next ten years, only 5 percent of respondents chose pro-democracy ones—whereas a majority picked either nationalist or populist movements. 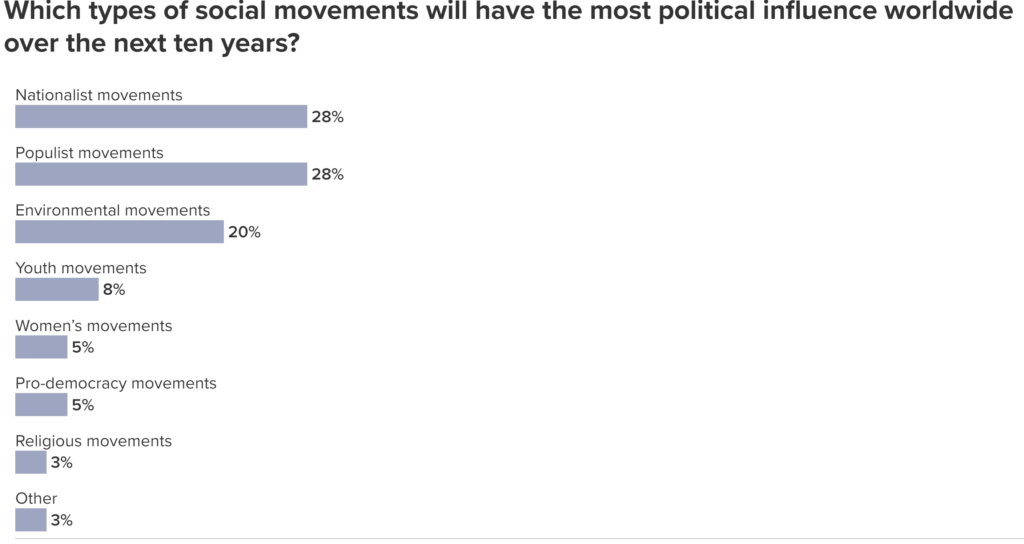 Through their answers across several questions, respondents raised the prospect of two contrasting scenarios for the coming decade, ACUS adds: