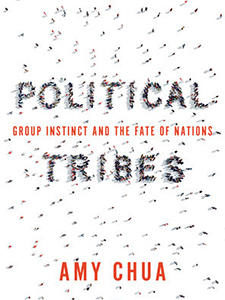 American politics today has as much in common with the developing world as it does with Europe, according to Yale University’s Amy Chua. Time and again, vote-seeking demagogues with few political credentials have swept to power in developing countries by tapping into deep-seated resentment toward a market-dominant minority, she writes for The New York Times.

In her new book, Political Tribes: Group Instinct and the Fate of Nations, Chua contends that in many parts of the world, group identities that matter most – the ones that people will kill and die for — are ethnic, religious, sectarian, or clan-based.

In Vietnam, Chua argues, the United States misunderstood its adversaries as communist fanatics kowtowing to foreign sponsors, when in reality, the North Vietnamese were motivated more by nationalism and ethnic grievance, adds Jonathan Rauch, a senior fellow at the Brookings Institution. Later, in Afghanistan and Iraq, Americans imagined that democracy and peace would bloom once everyone could vote. Instead, vicious tribalism erupted, he writes in a Washington Post review.

“In many parts of the world, far from neutralizing tribal hatred, democracy catalyzes it,” Chua writes.

Notwithstanding global anxieties over populists, there is still a surprising level of confusion about what is, and what is not, populism, note Stanford University’s Francis Fukuyama, a National Endowment for Democracy board member, and Robert Muggah, Research Director at the Igarapé Institute.

While there are multiple definitions in circulation, populism can be distilled to three essential characteristics: popular but unsustainable policies; the designation of a specific population group as the sole “legitimate” members of a nation; and highly personalized styles of leadership emphasizing a direct relationship with “the people,” they write for the World Economic Forum:

There is growing consensus that populism constitutes a grave threat to liberal democracy, and to the liberal international order on which peace and prosperity have rested for the past two generations. Democracies rely on power-sharing arrangements, courts, legislatures and a free and independent media to check executive power. Since these institutions obstruct the free reign of populists, they are often subjected to blistering attack. This is especially the case with the right-wing variety of populism that is spreading across the U.S. and Western and Eastern Europe.

The liberal international order depends, in turn, on institutions such as the United Nations, the North Atlantic Treaty Organization, the World Trade Organization, the G20, the European Union, the North American free-trade agreement and others in order to facilitate the movement of goods and investment across borders. All of them, together with the underlying principles and values giving rise to them, have been in the crosshairs of populist politicians in recent years.

In Latin America, populists on the left and right are riding high in what will be a stiff test of the region’s democratic mettle, adds FT analyst John Paul Rathbone.

Several factors are enabling the spread of this virulent strain of populism, Fukuyama and Muggah add:

First there are economic factors associated with the decline of the Western middle class and hyper-concentration of wealth in the hands of the elite. Next are the intrinsic political weaknesses of democracies themselves, dependent as they are on fractious coalitions and divided electorates. These shortcomings are routinely exploited by charismatic strongmen. Just as important are cultural factors related to the resentment of newcomers and the feeling by some that the country has been claimed by foreigners.

These factors explain why immigration, at least in the West, acts as a lightning rod for populism. The surge of migrants and asylum claimants over the past decade – partly a result of failed military interventions in the Middle East and flawed immigration and border controls – has exacerbated anxieties about rapid cultural change in areas of the U.S. and Europe. It is no surprise, then, that identity politics – whether over ethnicity, language, religion or sexuality – is fast displacing class as the defining characteristic of contemporary politics. RTWT 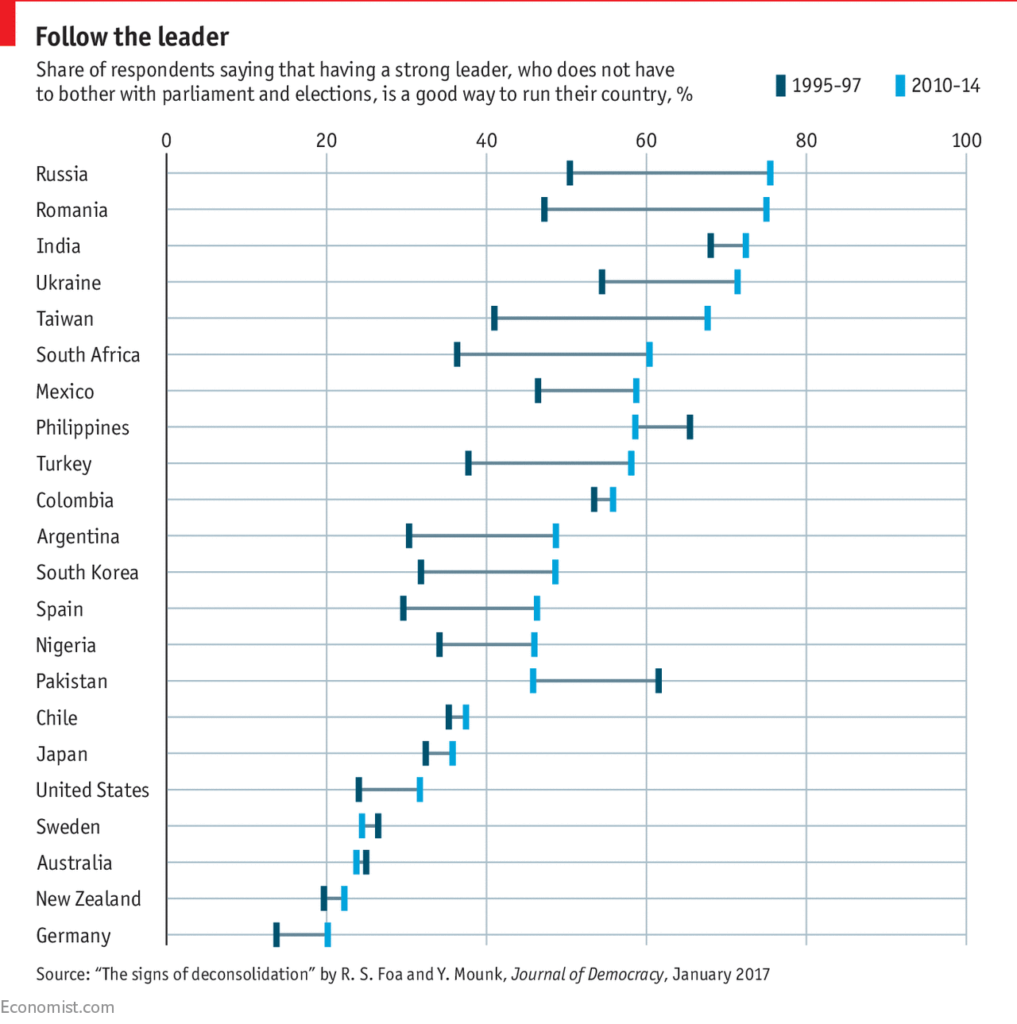