At a time when the world’s democracies are on a back foot against a pandemic and creeping authoritarianism, a new study finds hope in Latin America. The reason is a surprising exception in the region’s political landscape, CS Monitor reports: 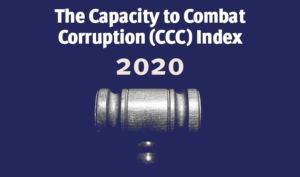 “Corruption has historically been a hurdle for Latin America, undermining growth, democracy and governance, and violating the rights of millions,” states the report, “The 2020 Capacity to Combat Corruption Index.”

If the Covid-19 crisis is short and economic life resumes, democracy may not be damaged, says a leading analyst. Indeed, it may come out of the crisis stronger than before. If the economic crisis lasts and results in frightening hardship, then the 1930’s should warn us that democratic collapse might become possible. Yet we should not assume that economic dislocation will necessarily precipitate democratic collapse, argues Central European University’s Michael Ignatieff (above).

The present populist revolt targets two ideals that lie at the heart of liberal democracy— representative government and the rule of law. As Müller and Mudde & Kaltwasser have cogently explained, populists pit the popular sovereignty of ‘the people’ against the rule of the ‘establishment’, controlled by ‘self-serving’ elites who administer the rule of law and run representative liberal institutions. There is nothing new about such challenges from below, he writes in Democracy Versus Democracy: The Populist Challenge to Liberal Democracy:

The populist uprisings trigger arguments that are intrinsic to democratic life: what democracy is, who should rule, and why they should rule. They remind us that it is not the task of democracy to resolve these debates, but to keep them peaceful. While maintaining civility and the pragmatic accommodation of disparate views are highly desirable features of a democracy, they are not necessary – democracies can still function without them. What democracy must avoid is  violent civil conflict, political violence and declension into authoritarian rule. 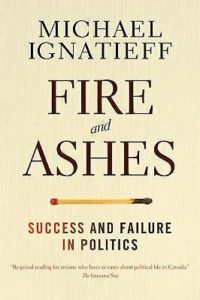 In normal times, the political competition in democratic systems is a competition between adversaries, not a war to the death between enemies. As I have argued in Fire and Ashes, an adversary is an opponent today but a possible ally tomorrow. An enemy can never be an ally, for he wants to destroy you, adds Ignatieff, addressing several of the issues raised in recent editions of the NED’s Journal of Democracy:

The populist revolt against mainstream politics highlights tensions between majority rule and rule of law that are intrinsic to any version of democracy worth defending. Provided – and this is a big if – these questions are debated and resolved within the institutions of democracy itself, then the conflict is not a negative phenomenon, but a positive one, a sign of the inherent vitality of democracy. The real threat to democracy comes only when executive power – such as is the case in Hungary – sets out to weaken the courts, the media, the universities, indeed, all the counter-majoritarian institutions of a society. Then, but only then, does authoritarian populist majoritarianism set a country on the path to a single party state and exit from democracy itself.