Strategic narratives about the future vary, but they tend to take one of two rough forms, argues Tufts University’s Daniel W. Drezner: 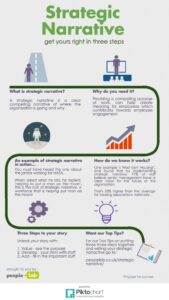 After decades of rhetoric about American decline and a democratic recession, U.S. policymakers can now speak of restored alliances and a determination to strengthen the liberal international order, he writes for Foreign Affairs:

Less concerned about immediate threats, Washington might be able to reemphasize long-term objectives, such as reversing democratic backsliding and building a resilient set of rules for the twenty-first-century global economy. Despite rising Chinese pessimism, a strong United States, confident in its future and its role in the world, could retake its historic position within the international system.