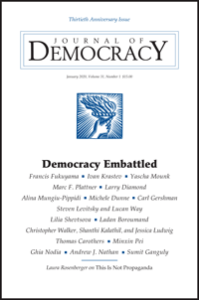 Watching Washington’s failures in Afghanistan—where its strategic impatience left allies exposed—autocrats concluded that Western democracies have lost the will to endure, notes Tom Tugendhat, Chair of the British Parliament’s Foreign Affairs Committee. Moscow’s assault on Kyiv may have failed, but China is watching and absorbing lessons on how to threaten Taiwan. The era of “respectful disagreement”—when dictatorships had more to gain from using existing systems than breaking them—is over.

Where many Western leaders in the first post–Cold War generation saw globalization as bringing greater interdependence and efficiency, our rivals saw the creation of new vulnerabilities, he writes for Foreign Affairs:

The ability of democracies to adapt and rebuild is the main reason they are stronger than autocracies. They can pivot and rebalance, reversing the structural weakness that autocratic forces of centralization inject into our intertwined economies, making every society stronger. The core values of open societies are at stake: the right to choose and change leaders and direction, to criticize and correct, to experiment and succeed, and, yes, to fail.

The fracturing of the globalized world into newly assertive nation-states will create friction but, with new forms of cooperation, can be turned into a strength for the world’s democracies, driving them to build new networks with competition and values at their core that can generate the resilience the West needs, he suggests.