The United States plans to sanction approximately 400 Russian individuals and entities, including more than 300 legislators from the Duma, the Russian parliament’s lower house, a senior Biden administration official said Thursday.

The EDRI will include a media component to fight disinformation, will protect activists and vulnerable groups, and fund efforts to counter corruption and kleptocracy, “strengthen democratic and anti-corruption institutions and the region’s rule of law, and support accountability for human rights abuses and violations of international law,” according to a White House fact sheet. 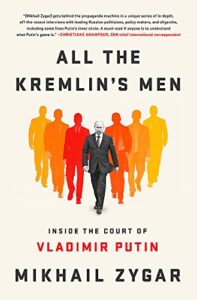 Growing signs of dissension and confusion within Vladimir Putin’s inner circle have emerged because so few of the financial and security elites were briefed on plans for the invasion of Ukraine and because Putin has “turned on” and “publicly humiliated” some of his closest associates, analyst Andrei Soldatov tells MSNBC (above).

But while criticisms of Putin have grown over the last month, public outcry hasn’t seemed to persuade his inner circle to turn on him, Newsweek reports.

“Putin has created a personalist authoritarian system in which loyalty is often privileged over competence,” said Ben Noble, an associate professor in Russian politics at University College London. “It is also a system with extraordinary coercive means domestically. Taken together, loyalty and the threat of violence are potent ways to prevent elite splits that might challenge the president’s rule, even if people disagree significantly with particular policy decisions.”

“But Putin’s increasingly venomous rhetoric – of setting a black-and-white narrative of ‘us versus them,’ patriots versus traitors – may dissuade many from speaking up,” Noble adds.

Mikhail Zygar, a prominent Russian journalist—now in exile—and the author of All the Kremlin’s Men: Inside the Court of Vladimir Putin, tried to explain Putin’s state of mind in this recent New York Times op-ed.

“I really do not expect [an exodus] from Putin’s inner circle or his loyal bureaucracy. They have been the elements of that for many years. They have been accomplices,” he tells Vanity Fair. 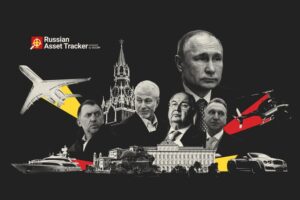 “I do believe that they’ve started believing all the lies they’ve been feeding for many years,” he adds. “When Lavrov ridiculously claims Russia has never invaded Ukraine, he expresses Putin’s mindset, because from his point of view, it is Russia that has been attacked by the U.S. He’s got a feeling that there’s a huge American-led war against Russia.”

Not only is Putin’s inner circle shrinking, but the Army is getting more and more influential and ambitious, and it has a say in Russian ideology, too, Soldatov, an investigative journalist and expert on the Russian state’s intelligence apparatus, tells The New Yorker’s Isaac Chotiner:

For instance, we have the Youth Army, a nationwide movement that is used to brainwash kids in schools. The Army recently built one of the biggest churches in the country. They built this enormous military park as a propaganda exercise. They interfere with the way history is taught. So, all of a sudden, the military became really ambitious, and I would say that now it’s not about oligarchs and siloviki, the current and former security-services people. 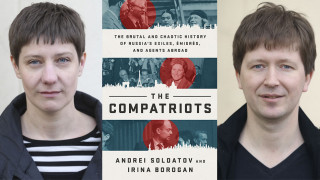 Russia is not today an “oligarchy” but a dictatorship run as a criminal enterprise. Putin’s oligarchs are therefore not independent actors capable of wielding their power, argues Mikhail Khodorkovsy.

The Anti-War Committee of Russia, of which he is a member, is urging Western governments to use Russian bank accounts already frozen under sanctions as a means to pay existing Russian oil and gas contracts, he writes for Vanity Fair, to ensure that frozen assets are boosting an economic war effort on behalf of democracy, rather than being used to fund the Kremlin’s war.

It’s not Russia’s oligarchs, but a far smaller group – the siloviki or “hard men” of the security services – that has its grip on true power in Moscow, according to a leading analyst. 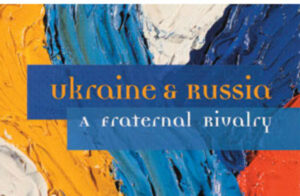 One of the worst effects of this war is going to be deep and long-lasting Russian isolation from the west [which] Putin and the siloviki (though not many in the wider elites) will welcome, says Anatol Lieven, the author of ‘Ukraine and Russia: A Fraternal Rivalry’. They are becoming impressed with the Chinese model: a tremendously dynamic economy, a disciplined society and a growing military superpower ruled over with iron control by a hereditary elite that combines huge wealth with deep patriotism, promoting the idea of China as a separate and superior civilization.

Above all, for deep historical, cultural, professional and personal reasons, the siloviki and the Russian official elite in general are utterly, irrevocably committed to the idea of Russia as a great power and one pole of a multipolar world, he writes for The FT.