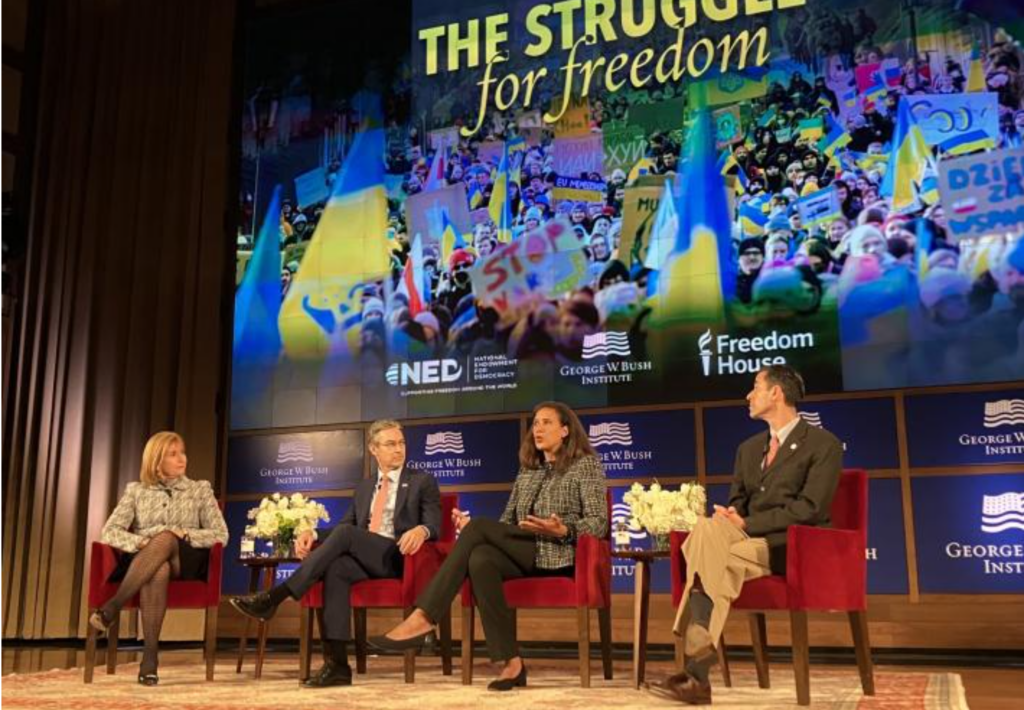 Prodemocracy protests have been erupting with regularity all over the world in the past several years, from Belarus and Sudan to Hong Kong, Thailand, and Sri Lanka, notes Freedom House President Michael Abramowitz.

While many of these movements have been put down, in some cases brutally, the persistent and widespread demand for freedom is what gives me hope for the long term, he writes. David J. Kramer, executive director of the Bush Institute, Damon Wilson, president of the National Endowment for Democracy (NED), and I put an emphasis on this point in an op-ed last week in the Dallas Morning News, prior to the Bush Institute’s “The Struggle for Freedom” event.

I moderated a panel featuring activists from different part of the globe, working on different crises. Each underscored the need for support from the democratic world, Abramowitz adds:

Prospects for a democratic transition in Sudan are “still uncertain,” says MIT’s Mai Hassan. The broad coalition behind regime change “doesn’t know how to govern because different people and different sectors of society have different ideas about what democratic Sudan should look like,” she says.

“Overthrowing an autocratic regime and having civil society come together to figure out what’s going to replace it require different things, and it’s unclear if a movement that accomplishes the first is well-suited to do the second,” Hassan adds. In order to create lasting democratization, “you need the hard work of building organizations, developing ways in which members learn to compromise among themselves, and make decisions and rules for how to move forward.” 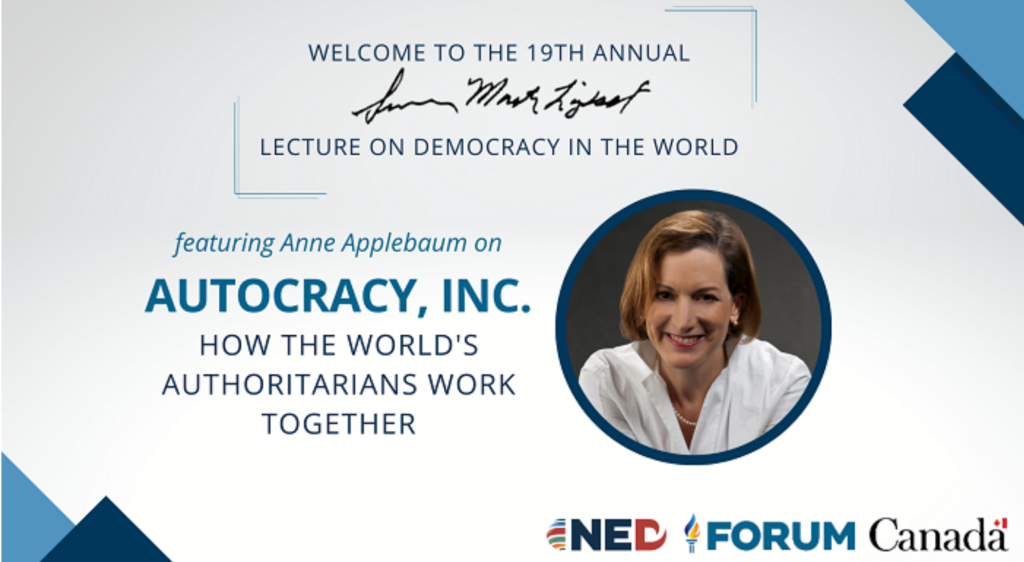 The Embassy of Canada and the National Endowment for Democracy invite you to the nineteenth annual Seymour Martin Lipset Lecture on Democracy in the World.

The Embassy of Canada, 501 Pennsylvania Avenue, NW, Washington, DC. Reception to follow from 7:30—8:30 pm. RSVP to attend in-person or to receive livestream information.

To create lasting #democratization, “you need the hard work of building organizations, developing ways in which members learn to compromise among themselves, and make decisions and rules for how to move forward,” says #MIT‘s @MaiOHassan https://t.co/bS9D9mukpv