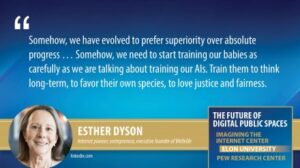 Future digital communities will clamp down on divisive anti-social contributions that dampen public participation in democracy and a Digital Bill of Rights will govern at least a share of the activity that occurs online. Empowering individuals, a better online world will grant individuals better agency and autonomy, starting with control of their identities and personal information, according to tech experts’ Visions of the Internet in 2035, a report from the Pew Research Center.

Part of what may motivate this trend would be global recognition that in digitized society, open democratic governments that protect the human rights of citizens will be stronger than authoritarian-leaning governments that use digital technology to repress citizens, and private sector companies that support democracy and respect human rights will be more successful than those that do not,” adds Donahoe, a National Endowment for Democracy (NED) board member.

Alexander B. Howard, director of the Digital Democracy Project, predicted, “In 2035, I’ll be
able to sit virtually in the gallery of my city, state and national legislatures in a public metaverse,
watching holograms of representatives in debate with the legislators physically present
and participating in drafting bills or oversight hearings in collaborative workspaces that show the impact of proposed changes to codes and regulations, from cost to societal changes.” RTWT 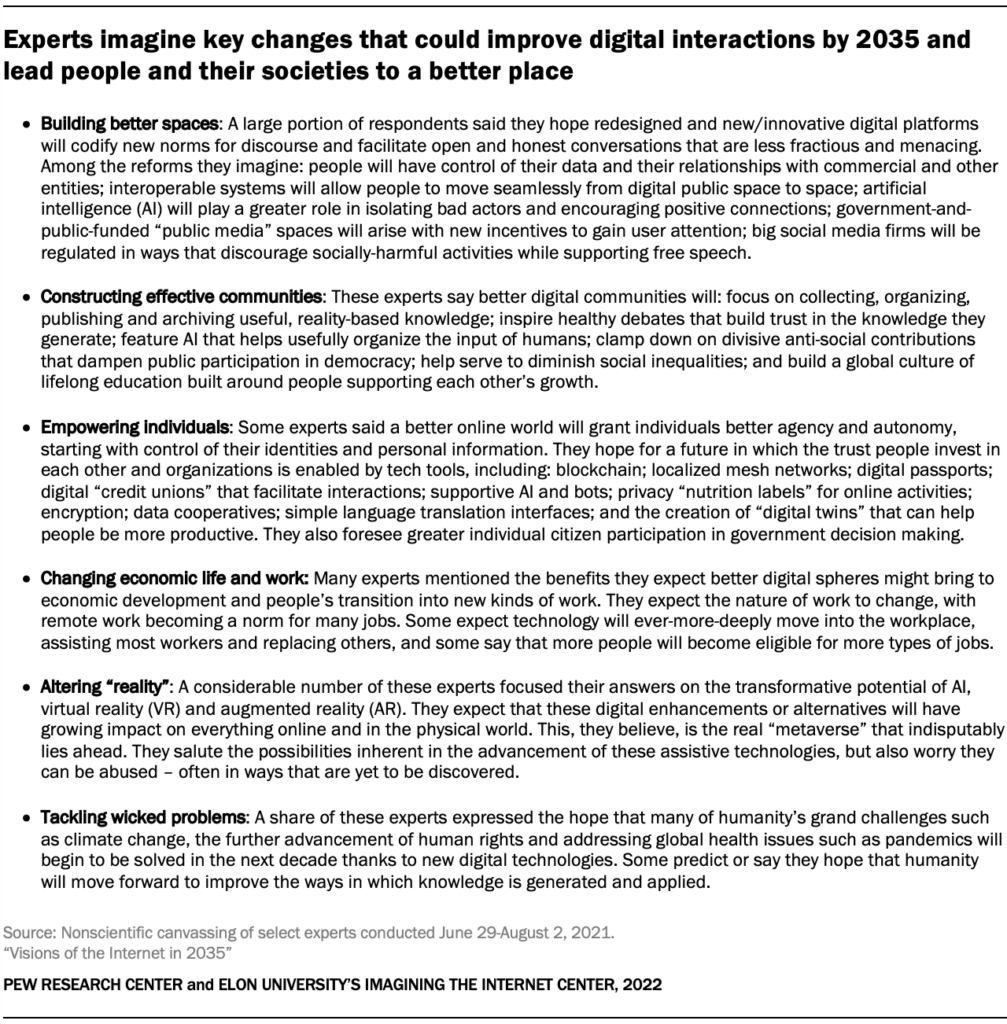