The South Korean government should stop disengaging from ongoing human rights abuses by North Korea, a coalition of human rights and other groups said on December 16, 2019 in a joint open letter to South Korean president Moon Jae-in.

The International Coalition to Stop Crimes Against Humanity in North Korea (ICNK) and 76 nongovernmental groups, coalitions, and individuals from 22 countries, representing over 300 groups and individuals, said South Korea’s recent decisions betray past efforts to push for human rights improvements for the North Korean people.

“President Moon Jae-in and his government are ignoring North Korea’s grave human rights abuses in a misguided effort to mollify Kim Jong Un and improve relations with Pyongyang, but by doing so, they betray the long-suffering people of North Korea,” said Phil Robertson, Asia deputy director at Human Rights Watch. “President Moon should reevaluate this disturbing policy and reverse course before it’s too late.” 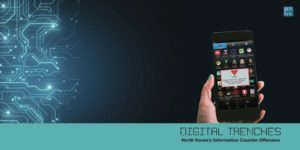 The National Committee on North Korea and the Committee for Human Rights in North Korea hosts a discussion on a new report, “Digital Trenches: North Korea’s Information Counter-Offensive.”