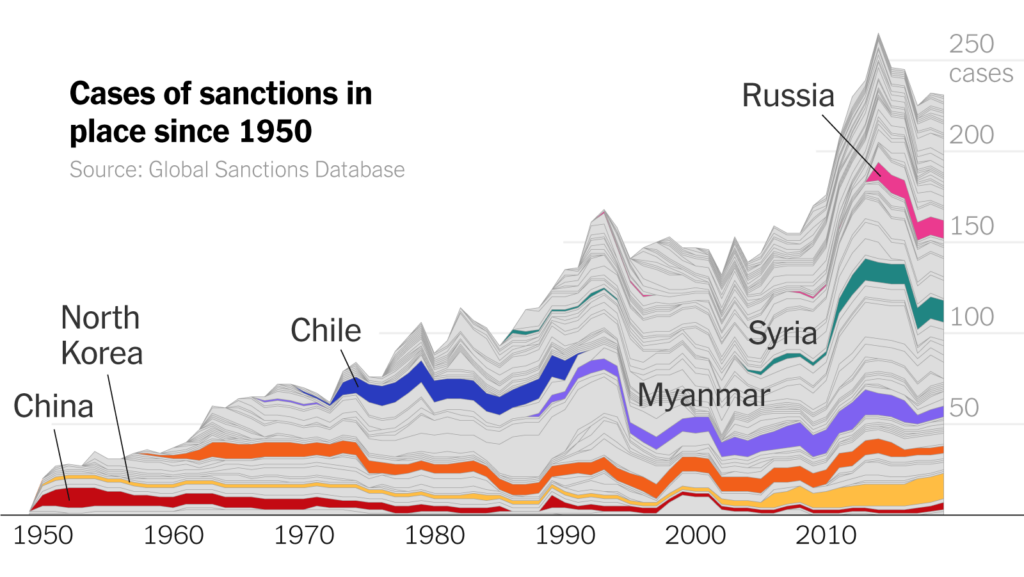 The use of sanctions has risen sharply in recent years, according to the Global Sanctions Database, a project from Drexel University that has become the most comprehensive tally of its kind, The New York Times reports:

But sometimes sanctions can have the counterintuitive effect of consolidating the power of an authoritarian government, according to Dursun Peksen, a political scientist at the University of Memphis. When a nation becomes isolated, he found, access to state resources becomes even more important, and elites unite behind the leader and quell opposition. Sanctions are often detrimental for human rights, democracy, gender equality, press freedom and public health in affected nations such as Iran and Cuba, Mr. Peksen’s research showed. 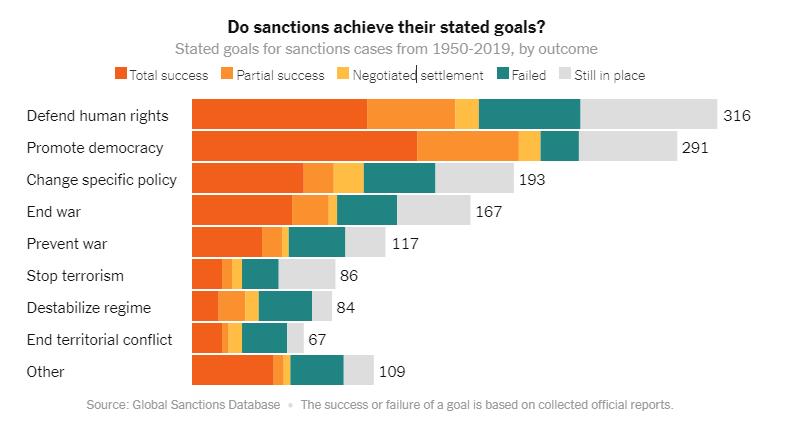 The Atlantic Council’s Brian O’Toole and Daniel Fried, a National Endowment for Democracy (NED) board member, offer several escalatory options for sanctions against Russia in a roughly ascending order of magnitude: