The new despotism defies the standard distinction between democracy and authoritarianism, argues John Keane (above), Professor of Politics at the University of Sydney and WZB (Berlin). The “whip-smart resilience” of these distinctive regimes should not be underestimated, he writes in an adaptation from his new book, The New Despotism (Harvard University Press, Cambridge, Mass. and London, 2020). 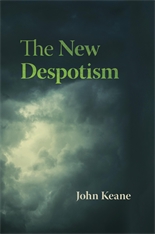 The writing is on democracy’s wall: not since the 1920s and early 1930s, when our planet was besieged by collapsing empires, military dictatorships and totalitarian regimes, has power-sharing constitutional democracy everywhere been under such intense pressure from self-confidently anti-democratic methods of governing people. A deep dive into the murky power dynamics within countries otherwise as different as Russia and Vietnam, Iran and Saudi Arabia, Hungary, China and the United Arab Emirates shows why. It reveals that something sinister is being born of our darkening times: a new kind of despotism the world has never before known.

The word despotism has long been out of fashion but it’s the vital keyword we need to understand how democracies can be outflanked and undermined not just by social unrest, economic stagnation, political conspiracies and military coups, but also by 21st-century technologies of power that exude a fatal charm. Despotism isn’t a synonym for rule by fear and raw force. In practice, Vladimir Putin, Viktor Orbán and other despots are not like the tyrants, autocrats and dictators of yesteryear. The new despots are masters of clever deception and seduction. They manage, using a medley of slick means, to win the loyalty of the ruled, including important parts of the middle classes, skilled and unskilled workers and the poor. Voluntary servitude is their thing. The leader of the pack of the new despotisms, the People’s Republic of China, shows that they can even win many admirers and friends well beyond the borders of the states they rule.

These despotisms are divided by obvious differences. Singapore is an older and more sophisticated species of despotism than Hungary, Belarus and Vietnam, for instance. In Saudi Arabia, consuming, importing, brewing and selling alcohol is officially forbidden whereas for millions of Russians it is the fragrant elixir of everyday life. China is a global empire in the making; its business, political and military friends in Pakistan, Serbia, Nigeria, Laos and Kazakhstan are happy to tag along. The term despotism takes note of these differences. It doesn’t suppose that the earth is flat or that all dogs are Dalmatians. Instead it draws attention to the way the rulers of all these regimes skilfully win the conformity of their subjects as well as gang up against their enemies and support their allies in such matters as trade and investment, diplomacy, government intelligence and propaganda, and sales of military equipment.

The new despots of our century have a common loathing of power-sharing “monitory” democracy. Their passion is power for the sake of power exercised arbitrarily over others. They are relentless and can be ruthless and vengeful in its pursuit. Yet they are not blindly reckless. They pay meticulous attention to details, cleverly interfere with people’s lives, stand over them, and sometimes bully them into submission. The public support the rulers enjoy is thus surprising, especially when it’s considered that despotisms are systems of state capitalism run by “poligarchs”, rich government officials and business tycoons who concentrate staggering amounts of wealth in their own hands, and within the patron-client connections and family dynasties they control and protect.

These poligarchs are practised in the dark arts of corruption. They are contemptuous of independent courts – what Erdoğan calls “juristocracy” – yet they cleverly use courts to rule to their advantage. Despots know how to employ law to defeat the rule of law, to rule through law. Law is their double-edged weapon, a gentle wand waved in favour of supporters and a sharp sword used against opponents.

Despots also bolster their rule by using television, radio, newspapers and social media platforms to spread rumours and fake news, and to target and gaslight their opponents using media-savvy smears that Russians call black public relations (chernyi piar). Despots regularly administer doses of fear and targeted violence against dissenters. They disappear their critics. They pick fights with journalists and civil society groups they consider to be trouble makers and disturbers of order. But their methods are sneaky. Their violence is stocking-masked.

Violence certainly isn’t an outdated weapon in the arsenal of despotic rule. The despots of our age know by heart Machiavelli’s advice that princes must never let their thoughts wander from weapons and war. Military action by the rulers of Saudi Arabia, the UAE and Russia suggests that the new despotisms, for the sake of their own domestic legitimacy and geopolitical survival, are prone to pick fights and launch wars in their neighbourhoods, and well beyond. 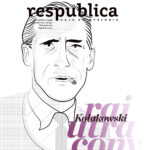 At home, things are different. The new despotisms are much more than old-fashioned, iron-fisted military dictatorships. So long as they are not openly disobedient, people are left alone by the new despotisms. They are expected to be bored by public affairs, preoccupied with such matters as family and friends, money and jobs, sport and travel. These are not ‘fascist’ or ‘pre-fascist’ regimes. Things generally seem relaxed in their towns and cities. Lovers stroll hand-in-hand through tree-lined boulevards. Bustling cafes and restaurants, even in masked form, prove that pleasure can be innocently naïve. Everyone seems constantly to be online. The shopping malls (their numbers have grown eight times under Turkey’s Recep Tayyip Erdoğan) resemble temples packed with well-dressed shoppers. Unlike the austere “socialist despotism” (Leszek Kolakowski) of the Soviet era, the new despotisms thrive on hedonism. They strive to be provident. They draw in people, invite them to submit, offer them the chance to enjoy their own powerlessness. Their aim is to persuade subjects to obey necessity and to call it freedom. They want their subjects to suppose that things are getting better and bigger and better. The new despotisms cultivate cowardice. That’s why they have no great need of paramilitaries, street violence, bricks tossed through windows or early morning visits by the secret police. Seduction, not repression, is their defining quality.

The despotisms of our age are state-of-the-art forms of tutelary power, a new type of media-saturated political rule that does something many observers thought to be impossible: they dominate their subjects by winning their calculated support and affection by means of top-down, people-friendly techniques of government. Perhaps their strangest and most striking quality is their experimentation with locally-made democratic procedures such as elections, public forums and anti-corruption agencies. The rulers operate Facebook, Instagram and Twitter accounts. They employ public opinion polling agencies and think tanks. They pioneer Tea Sessions and Policy Feedback Groups (Singapore), “persistent threat units” (Vietnam) and (in the UAE) “happiness and positivity” programmes backed by “councils for happiness”. 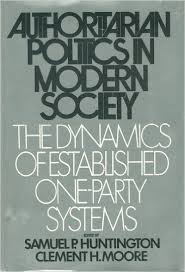 The new despotisms “feel” democratic. They are phantom democracies. It is wrong to call them systems of “authoritarianism”. That dog-tired word was coined and popularised half a century ago by Samuel Huntington, who reasoned that “authoritarian systems are non-democratic” while in “liberal democracies” leaders are chosen “through competitive elections in which the bulk of the adult population has the opportunity to participate”. The new despotisms defy this distinction. They do all they can to portray themselves as incarnations of “the people”. They trumpet their successes and mock the disorder within “Western” democracies. They build into their governing structures learning mechanisms designed to make them more efficient, effective and legitimate in the eyes of the people they rule. They are smart despotisms. They learn by doing how to handle such areas as financial services and new technology start-ups, public relations platforms, intelligence agencies and the armed forces. They come well-equipped with shock absorbers and trial-and-error learning mechanisms designed to manufacture voluntary servitude among their subjects.

The despotisms are something new under the sun. They aren’t “hybrid regimes” or half-way houses on the road to “liberal democracy”. Their whip-smart resilience under pressure from environmental shocks, downturns of the economy and internal and external political threats shouldn’t be underestimated. That they manage to win the support of their compliant subjects is especially striking, and that is why they count as a serious alternative to the ideals and power-sharing democratic arrangements we have known for a generation.

Although nobody can predict this in advance, it’s possible that the new despotisms, led by China, will outrival and defeat democracies or, at least, so deeply carve their legacy on the hearts of their loyal subjects that when despotisms are pushed onto the back foot or despots are forced to abdicate or run for their lives, millions of people will yearn for their lost masters, and for the good times remembered as their most glorious years.