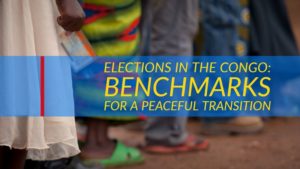 Fayulu, likewise from the opposition, was declared runner-up in the December 30 poll to choose a successor to President Joseph Kabila, in power for the last 18 years. He says the results released last Thursday were an “electoral coup” that, he alleges, was forged in backroom dealings between Tshisekedi and Kabila.

“I am concerned that the preliminary election results announced by the National Independent Electoral Commission (CENI) do not match the results that were reported by domestic observers,” said Rep. Karen Bass (D-Calif.), the senior Democrat serving on the House Foreign Affairs Subcommittee on Africa.

“If there are discrepancies, I urge the CENI and constitutional court to maintain transparency and impartiality throughout the process,” said Bass, a board member of the National Endowment for Democracy.  “Transparency is critical in this post-electoral moment and will help to ensure public confidence in the electoral results.  I also call on the Congolese government to immediately restore SMS and internet access.”

For now, the DRC’s political system seems likely to once again prove its adaptability, and to continue to run as it has for decades, notes analyst Ben Shepherd. An immediate change in governance patterns or circumstances for Congo’s people is an unrealistic outcome in the near term, however much it is needed, he writes for Chatham House:

But over the longer term, a less overweening presidency may open some opportunities for structural change. A weaker presidency, obliged to negotiate with regional elites and newly-elected provincial authorities, may result in more autonomy, more finance, and some space for more local initiatives to take root. Kinshasa’s byzantine politics has long been vanishingly remote from day-to-day reality for the vast majority of Congolese – a shift, however slight, towards the grassroots may make it possible to start to reboot the DRC’s long-dormant social contract. 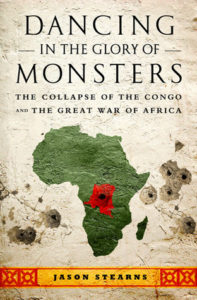 Congolese civil society deserves credit for constraining Kabila, especially youth activists, many of whom were “facing arrest, torture and worse, who had protested election postponement,” Congo Research Group director Jason Stearns, wrote for the New York Times. “It was these patient, courageous actions that hemmed in Mr. Kabila at every turn,” forcing him to allow an opposition candidate to be declared winner, added Stearns, the author of “Dancing in the Glory of Monsters: The Collapse of Congo and the Great War of Africa.”

Something important is missing from election analyses—accountability. notes analyst Michelle D. Gavin. At the end of the day, elections are about more than expressing the preferences of the electorate. They are about establishing the lines of accountability that give legitimacy to leaders, she writes for the Council on Foreign Relations: 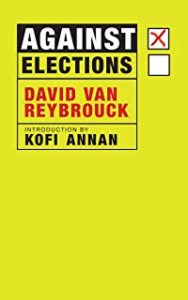 Right now, it certainly appears that Tshisekedi owes his victory to Kabila and the People’s Party for Reconstruction and Democracy. That loss of connective tissue to the citizens of the country distorts accountability in ways unlikely to deliver the relief from predatory governance that the Congolese people crave. Likewise, a government of national unity solution has nothing to do with accountability to voters and everything to do with elites accommodating one another. Without accountability, there is little reason to anticipate better days for the long-suffering people of Congo.

The ballot in the Democratic Republic of Congo could be exhibit A this year in the case against elections, according to one observer.

“Elections are the fossil fuel of politics,” said David Van Reybrouck, author of Against Elections: The Case for Democracy. “Whereas once they gave democracy a huge boost, much as oil did for our economies, it now turns out they cause colossal problems of their own.”