Support for autocrats has grown in most parts of the world, but this effect is weakest in healthy democracies, according to data from the World Values Survey and the European Values Survey. 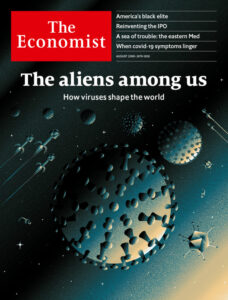 Since 1995 the WVS has asked people to rate several types of government as good or bad for their country. Among the options are “having a democratic political system”, “having the army rule” and “having a strong leader who does not have to bother with parliament and elections”. In the latest wave, only about a tenth of respondents were willing to describe democracy as a bad thing. However, nearly a quarter of them said that having the military in charge is a good thing, and more than two-fifths were in favour of strongmen who would ignore the outcomes of elections, The Economist reports:

When analysing changes in these sentiments, we compared them with countries’ actual levels of political freedom, as measured by the University of Gothenburg. On average, we found a big increase in support for despots in flawed democracies, but little change in places with lots of political freedom. For example, Mexico’s approval for a strongman leader has surged from 39% to 70% over the past two decades, whereas New Zealand’s ebbed from 17% to 15%.

Contrary to widespread fears about the death of democracy in the West, the share of people who think it is a bad system has fallen in the past decade in ten of the 15 most wealthy and free countries, The Economist adds. RTWT

As featured in the NED’s Journal of Democracy.