This week Ethiopia’s government entered the controversial sixth year of its five-year mandate. But the administration of Abiy Ahmed isn’t going anywhere… not even after a particularly violent summer, notes Ian Bremmer, president of Eurasia Group, a political-risk consultancy, and GZERO Media. Covid-19 has produced plenty of political drama these last few months, but Ethiopia has experienced more than most—here’s why, he writes for TIME:

Ethiopian politics operates in a system of “ethnic federalism”—while there is a central government to this federation, its constituent parts are carved out along ethnic lines and jockeyed over by parties promising the best deal for the ethnicities within them (of which there are dozens throughout a country of 112 million). …. Enter current prime minister Abiy Ahmed, who ascended to power in 2018 on a wave of activism spearheaded by his own Oromo—Ethiopia’s largest ethnic group, accounting for roughly a third of the population—seeking to finally have one of their own hold the premiership after years of feeling marginalized.

But while ethnic federalism might have helped propel Abiy to the premiership, it was also holding the country back… at least from Abiy’s perspective, Bremmer adds. 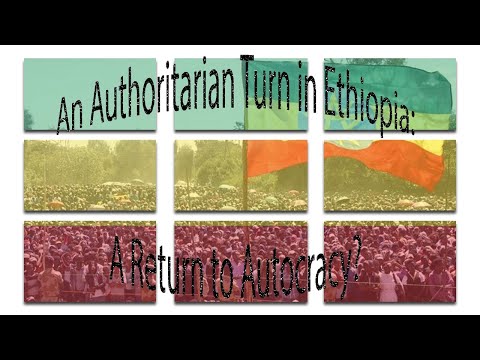 The country is in risk of taking an authoritarian turn, some observers suggest.

In the year since Abiy was awarded the Nobel Peace Prize, the country has become increasingly beset by political unrest, dampening some of the lofty hopes expressed by his supporters and the prize committee in Oslo, The Post reports:

Abiy was appointed to his position in 2018 and quickly set out a reform agenda that included increased civil liberties, the release of political prisoners, business deregulation and a pledge to hold Ethiopia’s first free, multiparty elections. He also forged a peace deal with neighboring Eritrea after decades of often bloody hostilities — the main basis for his Nobel. A set of crises has instead ensued, slowing the pace of reform and underlining questions many asked last year as to whether Abiy’s award had been premature.

“The committee has increasingly given awards to processes like in Ethiopia, rather than past achievements. The expectation is of course that the award nudges the process along,” said Henrik Urdal, director of the Peace Research Institute Oslo, which closely monitors the Nobel Peace Prize process. “I think the Abiy award was probably the riskiest of their process awards, though it would still be too early to call it a failure.”

Barite Gudeta, a 26-year-old law student at Addis Ababa University who was caught up in the early Abiymania, is not convinced, The London Times reports.

“We are seeing what we knew before — extrajudicial killings and unlawful detentions,” she told The Times, dismissing the leader’s gender-balanced cabinet and pledge to plant millions of trees “as pointless PR stunts”.

Awol Allo, who nominated the prime minister for his Nobel prize, said his recent actions laid bare his “shallow, showman politics and a problematic notion of national unity” at odds with the complexities of accommodating more than 80 ethno-linguistic groups.

The government is indeed having to strike a difficult balance and faces criticism no matter what it does, says one government official: When it opens up the political space and tolerates the extreme views and actions of the opposition, it is attacked for not maintaining law and order. When it arrests those people involved in criminal and terrorist acts, it is accused of stifling dissent and opposition. According to a recent survey by Afrobarometer, a majority of Ethiopians trust in the prime minister’s vision and leadership.