The White House is exploring ways the United States can aid the people of Cuba engaged in anti-government protests and also hold the Cuban government accountable for repressing freedom in the island nation, VOA reports.

“The Cuban people are risking it all by taking to the streets to call for an end to tyranny, and it is more important than ever that the international community listen to their stories, feel the despair and fear with which they live, and stand up with and for them,” said Senator Bob Menendez, chairman of the Senate Foreign Relations Committee, who praised the Biden administration’s efforts.

The Biden administration has been talking with private companies to pursue the feasibility of providing Cuba with an alternative to the state’s internet service provider, Bloomberg’s Eli Lake reports: 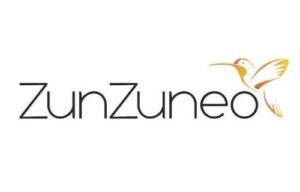 One option is to use communications satellites to link up with satellite phones. Another is to create the equivalent of mobile phone towers in hot-air balloons that would float over the island. ….The U.S. government has for years helped develop tools to circumvent authoritarian efforts to control and monitor the internet. In 2010, the U.S. Agency for International Development funded a startup to create a Cuban version of Twitter, called ZunZuneo, that it hoped would give activists a way to organize demonstrations. That initiative failed after an expose by the Associated Press. But other tools to hide and encrypt messages from government monitors have succeeded.

Considering Cuba’s historic intolerance toward political dissent against one-party communist rule, the rapid growth and spread of the protest movement is somewhat astonishing, adds Global Americans, a partner of the National Endowment for Democracy (NED).

Singer Randy Malcom jokes that he started learning about politics since he was in his mother’s womb. Malcom, one half of the Grammy-winning reggaetón duo Gente de Zona, grew up in Cuba, where school children are taught the speeches of communist leader Fidel Castro, including a saying that means Cubans should be willing to die for their country: “Patria o muerte,” “Homeland or death,” PRI reports:

Malcom helped write, and sang, a song that became a chant in recent anti-government protests across Cuba, and that reverses one of Castro’s most famous sayings. It’s called “Patria y vida,” or “Homeland and life” (below). The duo collaborated with Cuban rapper Yotuel, and members of the San Isidro Movement, a group of artists who live in Cuba and have been protesting government censorship since 2018.

Carnegie analyst Oliver Stuenkel explains the root causes behind the demonstrations and gives his take on whether the protests will spread in Cuba and Latin America (above).

Amid mass protests in Cuba, socialist magazine Jacobin is defending the regime with anti-anti-communist polemics, as is whoever is running the Black Lives Matter messaging on the issue. Democratic Socialists of America is posting messages backing the regime. When the official DSA account stated that the group’s ideology “leaves behind authoritarian visions of socialism in the dustbin of history,” the tweet generated internal backlash and subsequently got deleted — even though it didn’t even mention Cuba, the mere abstract condemnation of authoritarian socialism was apparently unacceptable.