In Chinese-speaking communities beyond the reach of Beijing’s censorship regime, the song “Fragile” (above) has been an unexpected hit. With more than 26 million views on YouTube since dropping in mid-October, the satirical love song to Chinese nationalism has topped the site’s charts for Taiwan and Hong Kong, its lyrics mocking Chinese Communist Party rhetoric about Taiwan while also taking aim at Xi Jinping and Chinese censors, notes Taipei-based journalist Chris Horton.

Yet it is also a sign of something more: Its lyrics and its context mirror the actions of democracies around the world that are growing tired of walking on eggshells to avoid angering a petulant Beijing. Rather than releasing a song, officials in Europe, Japan, and Australia are expanding long-ignored relationships with Taiwan, he writes for the Atlantic:

Where the word Beijing once conjured the image of a confident, rising power, today it represents a frowning, finger-pointing, never-erring crank, its constant stream of vitriol diminishing the effectiveness of Chinese anger. One of the implications of this hyperinflation of hurt feelings has been the effective removal of the deterrent against democracies’ improving their unofficial relations with Taiwan. After all, if most moves are likely to anger Beijing, why hold back from any of them?

The song video starts with a message: “Warning: be cautious if you are a fragile pink,” as the camera focuses on baskets of cotton, in a reference to Uyghur forced labor  and teddy bears resembling Winnie the Pooh, a satirical reference to CCP general secretary Xi Jinping that has now been banned from China’s tightly controlled internet, RFA adds.

“You never want to listen to people, but just launch constant counterattacks,” Namewee sings. “I’m not quite sure how I’ve offended you…. “You always think the world is your enemy.”

“The rise of the People’s Republic of China, as led by the Chinese Communist Party, is the defining challenge for the world’s democratic states,” said Taiwan’s foreign minister, Joseph Wu, who recently undertook a “barnstorming” tour of Europe, Horton adds, “casting his homeland as a partner in the pushback against China’s threat to democracies” at stops in Brussels, Slovakia, the Czech Republic, and Poland. “This warrants our working more closely together.” RTWT 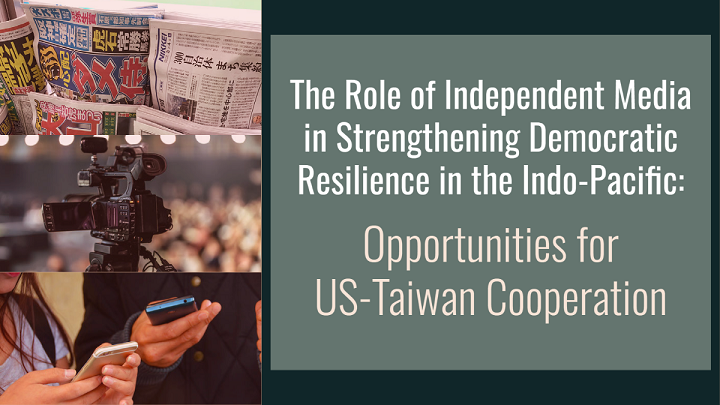 The National Endowment for Democracy and the Taiwan Foundation for Democracy host a discussion on ways to enhance US-Taiwan cooperation to defend and strengthen democracy.