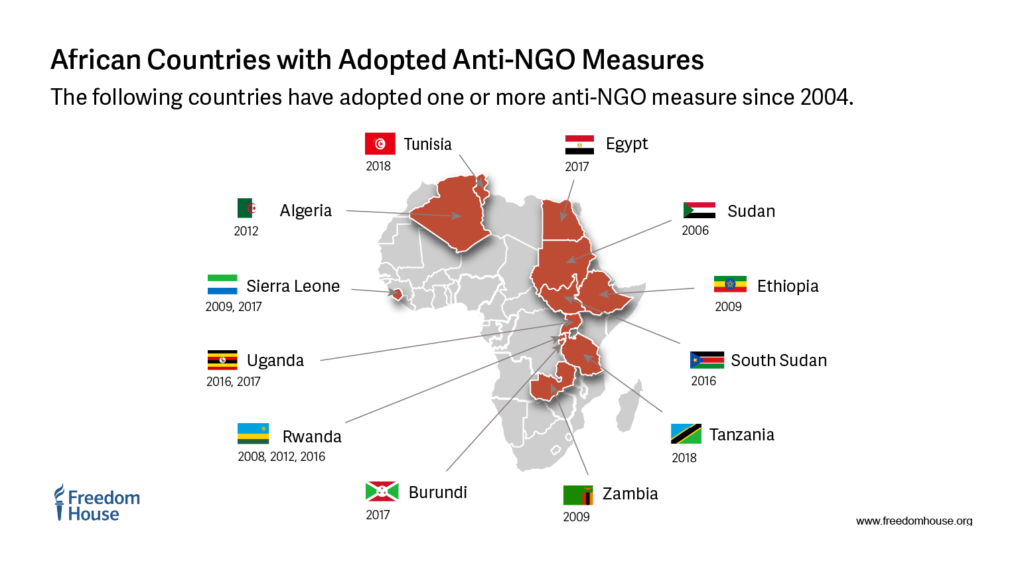 At least a dozen African governments have passed laws that improperly constrain nongovernmental organizations in the last 15 years, while anti-NGO measures are pending in six more, according to a Freedom House report released today. In six states, pushback from civil society has been at least partly responsible for restrictive legislation being abandoned by executives, rejected by legislatures, or invalidated by courts, according to Freedom under Threat: The Spread of Anti-NGO Measures in Africa:

Curbs on NGOs working in Africa, particularly those that focus on human rights and governance, come in the context of a global assault on democracy that often appears to be coordinated across borders. Antidemocratic African governments mimic and draw inspiration from each other, but may also be influenced by major actors on the global stage such as China and Russia, which have both forged close ties with many countries in Africa.

“Restrictions that hamstring NGO activity are often part of a broader strategy to narrow democratic space and prevent challenges to the rule of strongmen and governing parties,” said Godfrey Musila, the Freedom House report’s author.

The report echoes the findings of Afrobarometer’s recent Pan-Africa Profiles on closing political space, launched at a panel discussion in Johannesburg.

“Civil society plays a central role in holding governments accountable and protecting human rights,” said Freedom House’s Jon Temin, director of Africa programs. “Cracking down on NGOs through legislative and other restrictions doesn’t bode well for the health of democracy in many of these countries.”

Freedom House and Afrobarometer are partners of the National Endowment for Democracy, the Washington-based democracy assistance group. 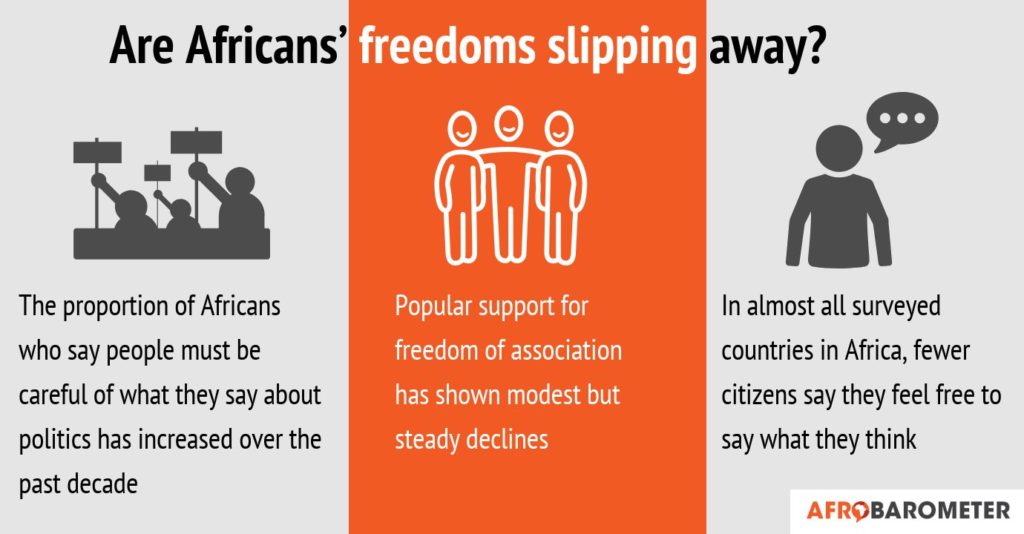