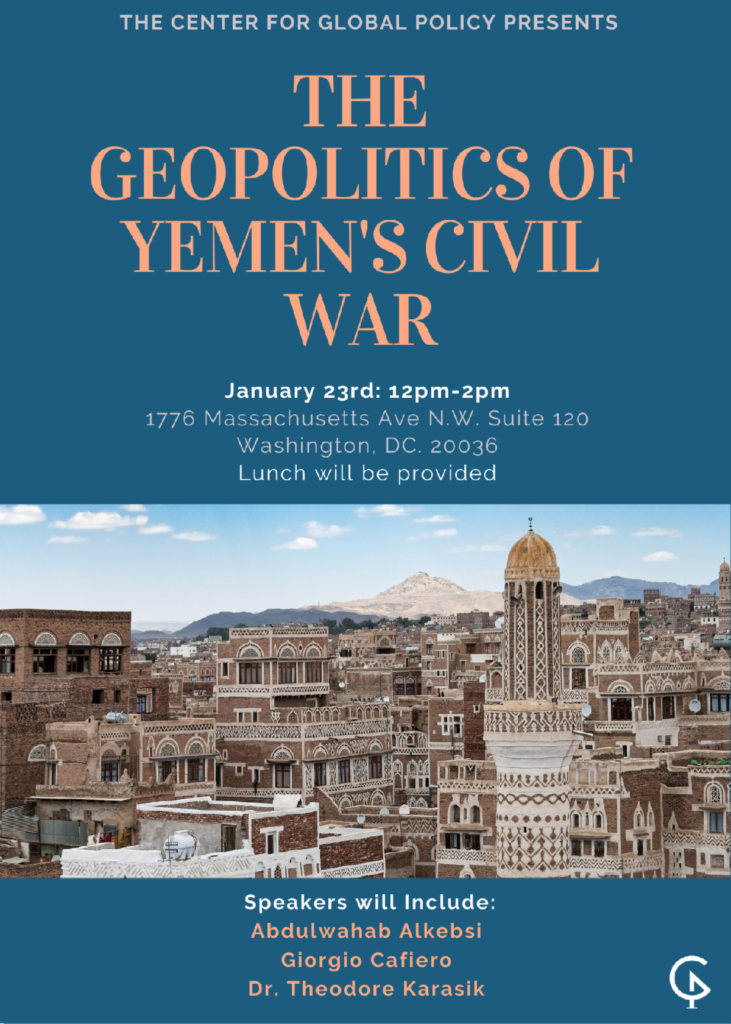 War-battered Yemen could face the threat of famine again because of the rapid depreciation of its currency and disruptions to salary payments, a senior U.N. humanitarian official warned the Security Council on Thursday, Associated Press reports (HT:FDD).

Even rolling back Iran’s expeditionary activities in the region does not eliminate the capabilities Iran and its proxies have transferred to the al Houthis, says analyst Katherine Zimmerman. The al Houthis can strike maritime traffic in the Red Sea or Gulf aviation and oil infrastructure. Reversing this threat requires a nuanced approach to splinter the al Houthis from the Iranian network and engaging with the Yemen conflict in its own right, rather than a subset of US counterterrorism or counter-Iranian strategy, she writes for the American Enterprise Institute.

In their brief, The Geopolitics of Yemen’s Civil War, Theodore Karasik and Giorgio Cafiero gather evidence to explain how and why Yemen’s immediate future is clouded by multiple variables within the country, the agendas of various regional powers, and the desires of the international community. The Center for Global Policy hosts a discussion of the brief (above), moderated by Abdulwahab Alkebsi, the Managing Director for Programs at the Center for International Private Enterprise (CIPE), a non-profit affiliate of the U.S. Chamber of Commerce and one of the four core institutes of the National Endowment for Democracy (NED).