Since he took power seven years ago, President Xi Jinping has faced a growing din of foreign condemnation over his government’s human rights record, a trade war that has sapped China’s strength and now, for a second time, mass protests in the streets of Hong Kong, The New York Times reports:

Yet again and again, instead of moving toward compromise or change, Mr. Xi and his subordinates have made hard-line decisions that have compounded and complicated pressures on the ruling Communist Party. They have stood by those decisions even after they have blown up into unexpected crises, like this week’s tumultuous demonstrations in Hong Kong against a plan to allow extraditions to mainland China.

“Xi Jinping has been a very good student of Machiavelli — it’s better to be feared than to be loved,” said Jean-Pierre Cabestan, a professor at Hong Kong Baptist University and the author of “China Tomorrow: Democracy or Dictatorship?”

Early in the trade war with the United States, for example, some in Beijing tried to use the conflict to coax Mr. Xi into adopting market-friendly policies the party has resisted, Professor Cabestan said. “Now with the level of friction and tensions with the U.S.,” he said, “it has, on the contrary, played in favor of Xi Jinping as a nationalist, so everyone should toe the line.”

Those accusing America of funding revolution in Hong Kong must grapple with some logical objections, The Economist adds:

“It is true that congressional leaders have urged rulers in Beijing to avoid sending in troops to crush protests, and that senior American officials have recently hosted pro-democracy Hong Kongers,” it adds. “But America’s long-standing policy has been to lobby China to preserve the territory’s freedoms, not to seek a democratic revolution.” RTWT

The crisis in Hong Kong has cast a particularly bright spotlight on the role of western democratic values at a moment when authoritarian politics are on the rise across the globe, The Times adds. 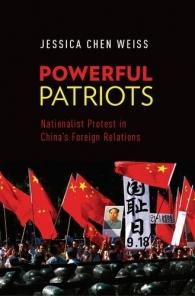 “Our democratic allies are looking to us for leadership,” said Daniel Kliman, a former Pentagon official and director of the Asia-Pacific Security Program at the Center for a New American Security.

“Western leaders have a fine line to walk: supporting the democratic aims of Hong Kong protesters without feeding paranoia in Beijing that the demonstrations are a foreign conspiracy to divide and weaken China,” said Jessica Chen Weiss, a professor at Cornell University and author of Powerful Patriots: Nationalist Protest in China’s Foreign Relations. 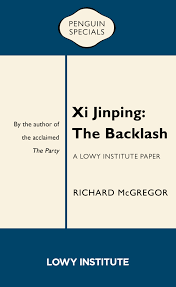 Mr. Xi still has the power and the status to set his own course on Hong Kong, says Richard McGregor, a senior fellow at the Lowy Institute and the author of “Xi Jinping: The Backlash.” But the risk is that the same nationalist dynamic that took root in the trade dispute may now force his hand here as well. The deep disdain that many mainlanders have for Hong Kong, which many regard as a pampered enclave, only reinforces this sentiment, he writes for The Times.

One member of Hong Kong’s pro-Beijing establishment, who asked not to be identified, says the central government is still confident it will not have to do the unthinkable. “Beijing is betting this will die down,” he told The Financial Times. “[Their message] is we should present a united front and focus on restoring order.”  But he is also very concerned about what will happen if Beijing is wrong and it will have to resort to sending forces into Hong Kong. “I worry about the young people [protesting],” he says. “They shouldn’t underestimate how ruthless the Chinese Communist party is.”