On Tuesday, the office in charge of Hong Kong affairs in Beijing issued three statements asserting the central government’s authority over the territory. It criticized opposition members including Joshua Wong, a prominent activist, and Jimmy Lai, the publisher of Apple Daily, a pro-democracy newspaper, who was also arrested on Saturday. 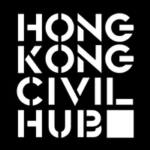 The office also accused Dennis Kwok, a pro-democracy lawmaker, of trying to push for Hong Kong’s independence and encouraging foreign interference by supporting U.S. legislation that authorized possible sanctions against Hong Kong officials. The criticism of Mr. Kwok has raised fears that the authorities are laying the groundwork to bar him and others from running in the legislative elections.

“The worrying thing is I can see signs this time around that the government may make wider use of so-called disqualification powers to stop pro-democratic camp people from running,” said Eric Cheung, a law lecturer at the University of Hong Kong.

The constitutional crisis engulfing Hong Kong has expanded dramatically as the Chinese government asserted Beijing’s “rights and responsibilities to maintain the constitutional order” in the city, the Washington Post adds (HT:FDD).

Veteran Hong Kong legislator Martin Lee led a delegation of fellow democrats to Washington, DC, in May 2019 to explain the threats posed to civil society at a National Endowment for Democracy (NED) forum.