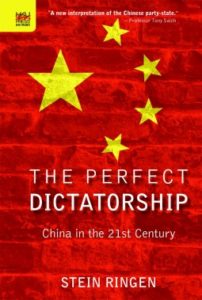 In his 2016 book The Perfect Dictatorship: China in the 21st Century, Norwegian political scientist Stein Ringen describes contemporary China as a “controlocracy,” arguing that its system of government has been transformed into a new regime radically harder and more ideological than what came before, notes Xiao Qiang, Founder and Editor-in-Chief of National Endowment for Democracy (NED) partner China Digital Times, and a research scientist at the School of Information, University of California, Berkeley. China’s “controlocracy” now bears primary responsibility for the coronavirus epidemic that is sweeping across that country and the world, he writes for Project Syndicate:

For all its advanced digital technologies and extraordinary economic and military power, China is being governed as if it were a pre-modern autocracy. The Chinese people deserve better. Unfortunately, they and the rest of the world will continue to pay a high price for Xi’s hi-tech despotism. RTWT