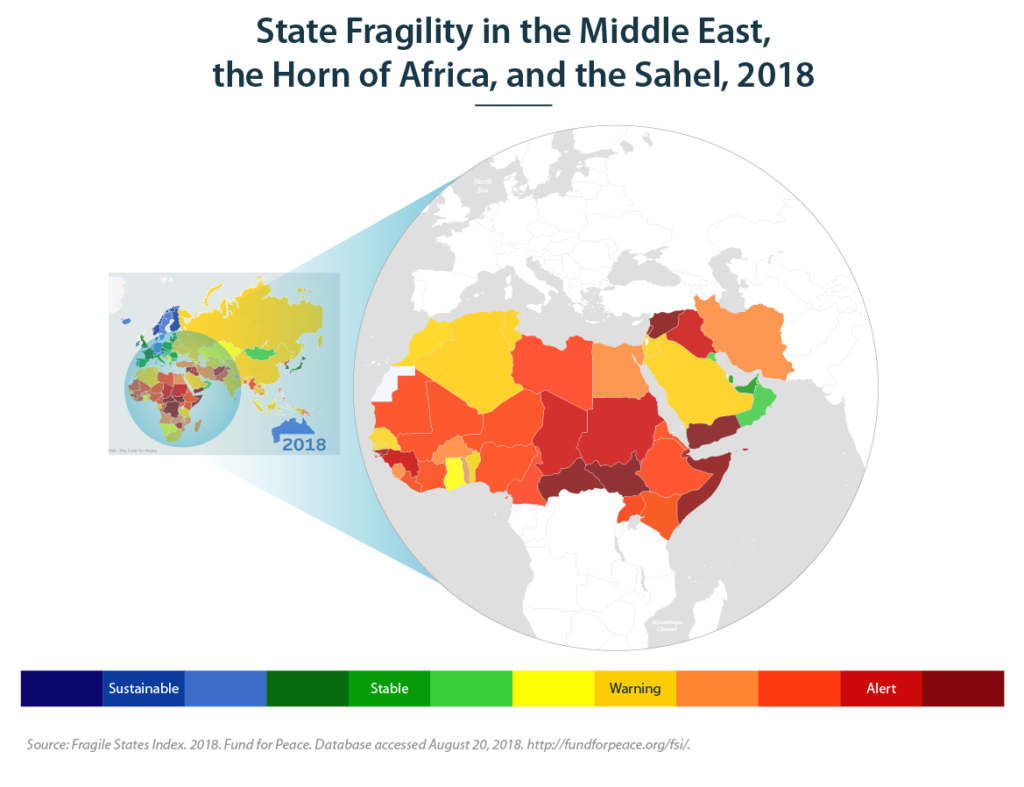 Each fragile state is fragile in its own way, but they all face significant governance and economic challenges. In fragile states, governments lack legitimacy in the eyes of citizens, and institutions struggle or fail to provide basic public goods—security, justice, and rudimentary services—and to manage political conflicts peacefully, argues the bipartisan Task Force for Extremism in Fragile States, convened under congressional mandate to design a comprehensive new strategy for addressing the underlying causes of violent extremism in fragile states.

But what is a fragile state? And how does state fragility in the Middle East, Horn of Africa and the Sahel threaten American interests? the Task Force asks:

Almost every country in these regions falls outside the “stable” range of the Fund for Peace’s Fragile States Index, occupying a spot somewhere between a “warning” and an “alert” level of state fragility. Other assessments of state fragility, such as the Organisation for Economic Co-operation and Development’s States of Fragility report, reach similar conclusions.

And fragility in all three regions has deepened over the past decade. Since 2006, 30 countries across these regions have become more fragile, while only 19 have seen their fragility reduced. And the extent of these increases in fragility, on average, was greater than the decreases. Today, both the scale and the complexity of fragility are unprecedented.

“Amid this ferment, extremists have launched their most daring onslaughts and made their greatest gains,” the Task Force adds. “Fragile states are no longer mere safe havens but instead are the battlefields on which violent extremists hope to secure their political and ideological objectives.” RTWT