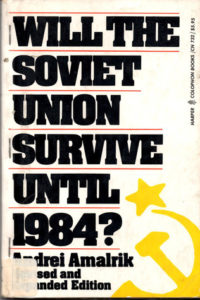 In his essay “Will the Soviet Union Survive Until 1984?”, initially published in the London-based journal Survey, Andrei Amalrik identified the process through which a great power succumbs to self-delusion, notes Charles King, Professor of International Affairs and Government at Georgetown University.

By the 1960s, the Soviet government had hammered into existence a country that citizens under Lenin or Stalin would have thought impossible. Consumer goods, single-family apartments, a space program, international sports heroes, a globe-spanning airline—the successes of Soviet society were on full display. Yet more than any other thinker at the time, Amalrik grasped the fact that countries decay only in retrospect, he writes in How a Great Power Falls Apart: Decline Is Invisible From the Inside, an essay for Foreign Affairs: 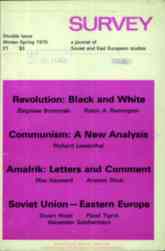 Powerful states, as well as their inhabitants, tend to be congenital conservatives when it comes to their own futures. The “comfort cult,” as he called it—the tendency in seemingly stable societies to believe “that ‘Reason will prevail’ and that ‘Everything will be all right’”—is seductive. As a result, when a terminal crisis comes, it is likely to be unexpected, confusing, and catastrophic, with the causes so seemingly trivial, the consequences so easily reparable if political leaders would only do the right thing, that no one can quite believe it has come to this.

Amalrik identified four drivers of this process, adds King, the author of Gods of the Upper Air: