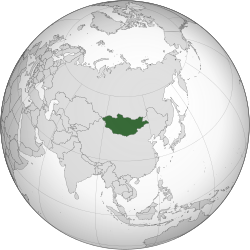 Last week, Mongolia’s parliament stunned pro-democracy advocates when it voted to remove the safeguards protecting the independence of its courts and its anti-corruption agency. In doing so, the parliament helped further President Khaltmaa Battulga’s ongoing attempt to consolidate power. The action follows months of scandal and protests, which facilitated the support Battulga needed for this week’s vote, according to analysts Boldsaikhan Sambuu and Aubrey Menarndt.

Many observers have considered Mongolia an unlikely “oasis of democracy” since it left the Soviet Union’s orbit in 1990 [Freedom House deems the country to be “free”]. Now it’s the latest nascent democracy to begin sliding toward authoritarian rule, they write for The Washington Post’s Monkey Cage:

Political scientists see an independent judiciary as providing essential checks and balances that prevent the executive branch from arbitrarily using power. When presidents can pack judiciaries with partisan appointments, dismiss judges at will and weaponize the judiciary to punish political opponents, democracy suffers.

Just as critical are free and fair elections and news media that can report freely. Recent research suggests that these are most likely to be threatened by populist politicians who win elections by using rhetoric that divides citizens into the “true people” and the “corrupted elite,” and who claim that nothing should constrain the people in their quest for justice.