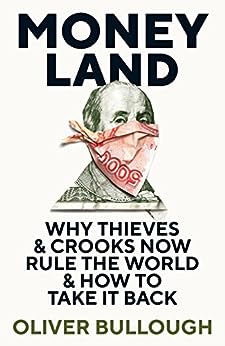 The looting elites of the former Soviet Union were far from rogue profiteers. They augured a kleptocratic habit that would soon become widespread. The “grim vision” that the kleptocrats’ values would permeate liberal market democracies, including the U.S., is now nearing fruition, he writes in a must-read piece for the Atlantic Monthly:

The contagion has spread remarkably quickly, which is not to say steadily, in a country haunted since its founding by the perils of corruption. The United States has had seizures of conscience en route to the top of the new global order surveyed by the British journalist Oliver Bullough in his excellent book Moneyland: Why Thieves and Crooks Now Rule the World and How to Take It Back. …According to Global Witness, a London-based anti-corruption NGO founded in 1993, procuring a library card requires more identification in many states than does creating an anonymous shell company.

Shining a Light on “Dark Commerce”

In the American Interest, a leading expert on transnational crime and corruption discusses how illicit trade, money laundering, and the dark web are undermining democracy.

TAI Publisher Charles Davidson recently sat down with Louise Shelley, University Professor at the Schar School of Policy and Government at George Mason University to discuss her new book Dark Commerce: How A New Illicit Economy is Threatening Our Future.  RTWT

Once the bright hope of “Muslim democracy,” Turkey has almost completed its transformation into a Russian-style kleptocratic “guided democracy,” analyst Nadir Firat writes for War On The Rocks.