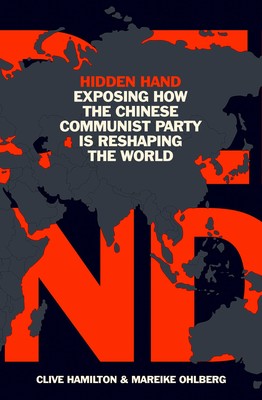 If the past century has shown us anything, it is that dangerous ideologies backed by powerful states rarely confine their malign conduct within their own borders, argues national security adviser Robert C. O’Brien. Under Marxism-Leninism, the self-proclaimed ideology of the Chinese Communist Party, individuals do not possess inherent value, he writes for the Washington Post:

People are merely a tool to achieve the ends of the collective nation-state. The idea may sound inhumane, but it is as fundamental to the CCP as the Bill of Rights is to Americans. And the philosophy helps explain the CCP’s horrifying repression of Uighurs and other Turkic Muslim minorities throughout the Xinjiang province.

We might read a lot in the press about “wolf warrior diplomacy,” threats, and bullying. But Hamilton and Ohlberg argue that much of the CCP’s influence campaign is actually covert rather than overt, and is often not recognised for what it is. While a variety of tactics are employed, grooming and co-opting Western elites as “friends of China” is a very important one. Hamilton and Ohlberg explain how this tactic gives China “discourse power,” as these elites parrot CCP narratives and bolster international support for the regime.

With the rise of the Chinese Communist Party regime as a potentially dominant global force, democracies face the most serious challenge since the high noon of totalitarianism, adds one observer. It’s time to stop apologising, and start vigorously defending the virtues and values of the West’s free and liberal civilisation, argues Peter Baldwin, a minister in Australia’s Hawke and Keating Labour governments.

Our civilisational self-loathing is grist for the CCP’s mill. The regime’s propaganda outlets express faux outrage and solidarity with the BLM movement, and expand their “soft propaganda” outlets such as the Confucius Institutes across the globe without impediment at the same time as our academics fiercely resist the few small programs on Western civilisation, he writes for The Australian: 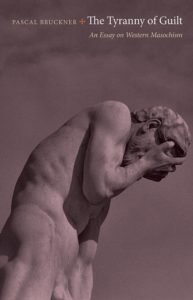 French writer Pascal Bruckner wrote a prescient book about all this 10 years ago — The Tyranny of Guilt: An Essay on Western Masochism. He described the prevailing orthodoxy in Western academe this way: “From existen­tialism to deconstructionism, all of modern thought can be reduced to a mechanical denunciation of the West, emphasising the latter’s hypocrisy, violence and abomination … Indulgence toward foreign dictatorships, intransigence toward our democracies. An eternal movement: critical thought, at first subversive, turns against itself and becomes a new conformism, but one that is sanctified by the memory of its former rebellion.”

When Malcolm Turnbull declared Australia would “stand up” against CCP violations of sovereignty he did so because it was necessary, says analyst David Llewellyn-Smith:

China was busy bribing the business and parliamentary elite into oblivion, running influence operations willy nilly, corrupting universities with impunity, buying the media, silencing critics with lawfare and open intimidation, so and so forth. The push back against these “sharp power” encroachments has been measured and the rhetoric around them was necessary to shift Australian normatives for collaboration with tyrannical foreign power.

It could not have happened at a worse time, Baldwin adds, as the democracies face the most serious challenge since the high noon of totalitarianism in the late 1930s with the rise of the Chinese Communist Party regime as a potentially dominant global force, intent on leveraging modern technology to create a perfected totalitarianism beyond even George Orwell’s nightmares within its own society, and to extend its power and influence to the wider world. RTWT