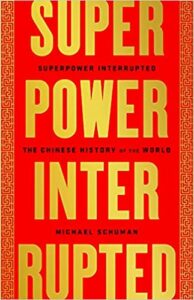 Beijing has for years been chipping away at the pillars of the U.S.-led global order—subverting its foundational institutions, international norms, and liberal ideals—but Chinese President Xi Jinping had not offered a comprehensive vision of how a China-led replacement might work. That is changing, notes Michael Schuman, the author of Superpower Interrupted: The Chinese History of the World and The Miracle: The Epic Story of Asia’s Quest for Wealth.

Xi has collected his ideas for a new world order into the Global Security Initiative (GSI), a platform of principles on international affairs and diplomacy that, he argues, can make the world a safer place. But the initiative might as well be called the Autocrat’s Manifesto, he writes for The Atlantic:

Its principles and practices would usher in a global system friendlier to repressive regimes than the current order, grounded as it is in democratic ideals. The GSI is the latest, and possibly most troubling, evidence that the confrontation between the U.S. and China is escalating into a full-fledged contest for global primacy. What began as a trade war over Beijing’s discriminatory business practices and a tech war to dominate the industries of the future is now an ideas war—a battle to establish the norms that govern global affairs.

The U.S. and China are locked in a struggle to define how countries interact, the legitimacy of different forms of governments, the rules of commerce, and the meaning of human rights, Schuman observes.

Washington could work with local partners inside Russia and China to expose leadership corruption, delegitimizing rulers who claim a nationalist mandate to conduct authoritarian aggression abroad even as they systematically steal from their own people, the International Republican Institute’s Daniel Twining and Patrick Quirk contend:

Economic sanctions should be introduced earlier and at a more consequential scale to communicate the costs of proceeding with political warfare. Additionally, China’s membership in the World Trade Organization could be reconsidered as punishment for its continued violation of economic norms. On the military side, so-called “gray zone” tactics—including targeted cyber-attacks—could be deployed to raise the costs for authoritarians who otherwise enjoy impunity in assaulting democratic institutions beyond their borders.

We must now pursue policies that go beyond exalted rhetoric to strengthen and empower fledgling democratic institutions and deter our adversaries from their campaigns of malign foreign influence, they write for The National Interest. It is past time the United States starts playing offense to shape a balance of power that continues to favor freedom. 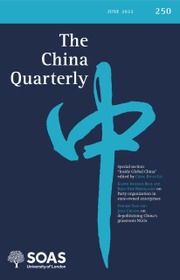 Rural land dispossession  and urban land redevelopment has sparked numerous protests across China, note analysts Xingyan Chen and Shaohua Zhan. They draw attention to the paradox that the regime has helped to mitigate labor unrest, at least temporarily, in China’s Rustbelt, but millions of laid-off workers’ protests persisted much longer than previously thought, largely owing to a lack of local fiscal resources to meet workers’ demands. Only with  growing revenue from land sales in the recent decade has local government finally been able to ease the tension with laid-off workers.

Bargained authoritarianism, or “buying stability,” widely considered an effective strategy by the local state to control social unrest, has its limits, mainly owing to its dependence on local fiscal resources, they write for China Quarterly. Recent economic downturns and declining land revenue will disrupt this strategy, leading to protracted protests and struggles in future, they conclude. 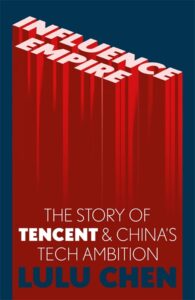 Lulu Chen’s Influence Empire: The Story of Tencent & China’s Tech Ambition raises the fundamental question of how we should regulate the tech behemoths whose products mould our inner and outer lives is yet to be settled, or even properly understood, The Guardian’s Simon Parkin adds. When those behemoths are themselves shaped by authoritarian regimes, it is a question of even greater urgency:

Tencent’s success is a result of the company’s ability to adapt to the shifting internet, and Chen ably charts its diversification over the years. But it is also clear that Pony, a private businessman, has survived and thrived in a state-dominant economy through tact, diplomacy and a canny political sense (he is a member of China’s legislative council, which meets once a year in Beijing to discuss the national agenda). The book’s most interesting material explores the waxing and waning of the relationship between Tencent and the Chinese communist party, which is eager to, as Chen puts it, “keep the rising class of tech-savvy moguls in place before their economic aspirations turn political”.