Civil society groups in Sudan have announced that a deal has been agreed with the military on a framework for the political process to take the country forward. The leader of the Forces of Freedom and Change, Al-Wathiq Al-Barir, told journalists in Khartoum that the framework agreement “ends the coup and completes the mission of the September revolution, reports suggest.

The process will be divided into two stages, explained Al-Barir: 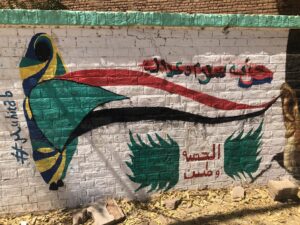 Unrest has gripped Sudan since October 2021, when army chief Abdel Fattah al-Burhan led a military takeover that derailed the country’s transition to civilian rule, established following the 2019 ouster of dictator Omar al-Bashir. Near-weekly anti-coup protests have been met with a violent crackdown that has so far left at least 119 people dead, according to pro-democracy medics — feeding into Sudan’s deepening unrest.

The U.N. High Commissioner for Human Rights on a visit to Sudan has urged authorities to respect human rights as a core element of the country’s transition to democracy. At the end of his four-day visit to Sudan, Volker Tuerk said justice and accountability must be expedited for victims and survivors of rights violations, VOA adds.

“We have, over the years, documented violations by all security forces and by many armed actors, and it is really important to follow up on this and that is why we have established a very close cooperation in order to ensure that the national action plan for the protection of civilians gets implemented,” he said.

Sudan’s Forces of Freedom and Change (FFC) coalition said on Wednesday it was seeking to sign a framework agreement with the military as a first step to ending the political deadlock that has gripped the country since the October 2021 coup, notes Africa Report. 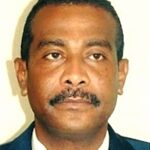 By awarding Makkawi, the foundation “honors his persistent commitment to marginalized victims of violence and displacement in Sudan and the committed work of the non-profit legal advice center PLACE [a partner of the National Endowment for Democracy (NED)] which among other things supports victims of state abuse, as well as the INSAF campaign for transitional justice,” it said in a statement.

“Makkawi and his associates are staunch advocates for justice in a country where decades of abuse of power and conflict have created layers of trauma and marginalization,” it adds. “They also continue their work under the military-dominated government that has been in power since a coup in October 2021. Against this background, human rights activists take great personal risks on a daily basis.”