“[W]hat, in practice, can the idea of democracy possibly mean?” political scientist James Miller asks in Can Democracy Work? A Short History of a Radical Idea, From Ancient Athens to Our World. 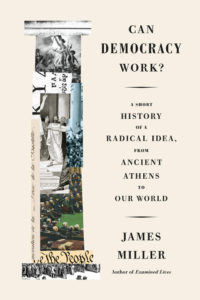 Miller begins by drawing the crucial distinction between democracy and liberalism, noting that democracy, “when it first appeared in Greece, had nothing to do” with liberal concepts like popular sovereignty, equality under the law and freedoms of speech and conscience, notes Justin Vogt, a managing editor of Foreign Affairs. Today, the connection is no less tenuous: hence the rise of “illiberal democracy” in places like Hungary, where governments elected to run liberal states have dismantled obstacles to strongman rule and one-party control, he writes for The New York Times.

History provides uncomfortable lessons. Among them is that systems of governance are not immortal and that democracies can devolve into autocracy. As institutions decay and social norms fray, democratic processes and practices are prone to apathy, demagoguery and disintegration, The Economist notes.

One scholar ringing the loudest alarm bell—or perhaps death knell—is David Runciman. He is a professor of politics at Cambridge University and the author of “How Democracy Ends”.

The Economist: Some argue that liberals only worry that democracy is in crisis when people start voting for ideas and candidates that they don’t like. Why are they wrong?

David Runciman: Liberals invariably think democracy is in crisis, given that there’s always something for liberals to dislike about a system where the majority decides. What’s different about now is not simply that the liberals are complaining 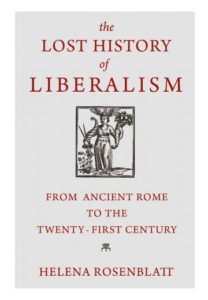 because they are losing, but even the winners are behaving as though they are the victims. Democracy works best when we take it in turns to complain about the system. Now all sides—pro- and anti-Trump, pro- and anti-Brexit—feel like they are being conned. That kind of ecumenical distrust is something new. RTWT

In The Lost History of Liberalism: From Ancient Rome to the Twenty-First Century, Helena Rosenblatt goes well beyond etymology, exploring the contradictory impulses that have always coexisted uneasily at the core of liberalism: individualism and a concern for the common good, a belief in democracy and fear of mob rule, laissez-faire capitalism and a desire to tame markets [amongst others] Vogt adds.