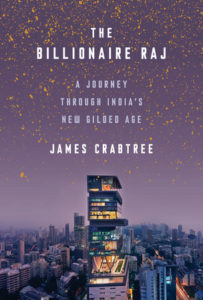 India has traditionally been reluctant to engage in democracy promotion, notes James Crabtree, an associate professor of practice at the National University of Singapore and author of “The Billionaire Raj.” As a former colony, it avoids commenting on the internal politics of others. Yet Modi should reconsider this reticence, for three reasons, he writes for The Nikkei Financial Review:

The United States, Japan and India have grown increasingly concerned about China’s assertive military posture in the region and sought to draw closer, with Australia, in a “quad” of liberal democracies, The New York Times reports.

Modi is the biggest threat to Communist China and he is exploring all possible options to counter Beijing’s Belt and Road initiative, notes analyst Dipin Damodharan:

The Quad is an effort to ensure the survival of liberalism over totalitarianism, but the Communist state is alarmed thinking Quad is the first step to an Asian security alliance on the lines of NATO. …. Encouragingly, it seems Modi and Abe are the two leaders who will be able to take decisive steps to tame the dragon as it makes headway to encircle India. …It’s going to be a tough game for the two powerful emerging economies. India needs to win it; for the sake of liberalism, for the cause of free trade, and for its own survival as a more open democratic country in the world.

“Modi remains the only mass leader in India with a vision, and a willingness to implement that vision to transform an enormous and complex nation,” notes analyst Sreemoy Talukdar :

This is important, because democracy is in a global retreat and India — with its huge population, firm commitment to democracy and the tag of being the world’s fastest-growing large economy — remains perhaps the last beacon of hope. India needs to succeed while staying within the democratic framework to show to the rest of the world that it is possible to achieve equitable growth without sacrificing freedom.

“Modi remains a confirmed democrat, at least in the narrow sense that he enjoys winning elections,” Crabtree adds. “Freedom House continues to rank India as one of Asia’s freer nations. Domestic imperfections also need not be an insurmountable barrier to speaking out abroad.”