At least 31 civilians have been killed in an Iranian security forces crackdown on protests that erupted over the death of Mahsa Amini after her arrest by the morality police, an Oslo-based NGO said Thursday.

“The people of Iran have come to the streets to achieve their fundamental rights and human dignity… and the government is responding to their peaceful protest with bullets,” Iran Human Rights (IHR) director Mahmood Amiry-Moghaddam said in a statement, publishing a toll after six days of protests. 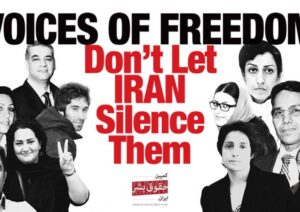 Iran’s powerful Revolutionary Guards called on the judiciary on Thursday to prosecute “those who spread false news and rumours”, in an apparent bid to take the steam out of nationwide protests over Mahsa Amini, 22, who died last week after being arrested in Tehran for wearing “unsuitable attire,” Reuters reports.

“(Amini) is another victim of Iran’s sustained repression and systematic discrimination against women and the imposition of discriminatory dress codes that deprive women of bodily autonomy and the freedoms of opinion, expression and belief,” the experts said in a statement.

The protests are a “turning point” and moral policing — “an ideological cornerstone of the Islamic republic” — would be weaker in future, said Saeid Golkar, senior fellow at the Tony Blair Institute for Global Change.

“This cannot be solved until the regime implements a series of reforms. Since the Islamic republic is both an ideological regime, inefficient and corrupt, it cannot solve its own created problems,” he told AFP. “Even if the regime can successfully suppress these protests by brutal force, the situation will be very different from the past.”

As the protests surge, two rumors have started to gain traction inside and outside Iran: Supreme Leader Ayatollah Ali Khamenei is on his deathbed and preparations are being made for his son, Mojtaba, to succeed him, adds Golkar. The current supreme leader is seeking to ensure two things after his death, he writes with Kasra Aarabi for the Middle East Institute:

Senior Fellow at the Macdonald-Laurier Institute Mariam Memarsadeghi told CBC News that “people of all different world views and lifestyles are out on the streets in one voice demanding the overthrow of the regime.”

“The only way these women and girls in Iran can be free of this indiscriminate violence, humiliation and everyday fear of a totalitarian regime is to be rid of that regime,” Memarsadeghi said. “Speaking out like this is definitely better than not doing so, but the foreign policies of democratic states and the United Nations has to be that this is a regime that should not exist… So long as this cabal rules, there really is no prospect for women’s rights inside Iran.”

“The only way these women and girls in #Iran can be free of this indiscriminate violence, humiliation and everyday fear of a totalitarian regime is to be rid of that regime,” said @memarsadeghi. #IranProtests2022 https://t.co/bNpS18SbY3 via @nationalpost 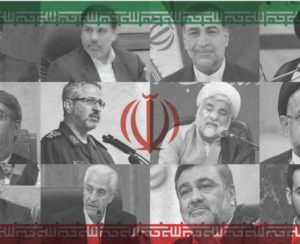 “The anger on the streets is palpable,” said Jasmin Ramsey, deputy director at the Center for Human Rights in Iran, adding that the protests were a “culmination of the past five years where all facets of society — laborers, teachers, retirees, university students and average people everywhere — have been trying to call for an end to the crisis of impunity in Iran despite violent state repression,” The Times reports.

“These are the biggest protests since November 2019,” said Ali Fathollah-Nejad, Iran expert at the Issam Fares Institute for Public Policy and International Affairs at the American University of Beirut. “While the last two nationwide uprisings were led by the lower classes and were triggered by socio-economic degradation, this time the trigger was socio-cultural and political, comparable to the 2009 Green Movement,” he told AFP.

The consolidation of military power and economic influence has helped the Islamic Republic, in its current manifestation, to maintain an iron grip on politics, Bloomberg reports:

But Sanam Vakil, deputy director of the Middle East program at Chatham House, said there was little hope that the protests would bring real change on such a foundational issue as long as the supreme leader, who is 83, was still alive, The Times adds.

“At the end of his life, he’s looking to preserve his legacy and keep the system intact,” she said. “His worldview, shared by those around him, is predicated on the idea that compromise opens the door to further compromise and demonstrates weakness rather than strength.”

Ms. Vakil said to expect a “coordinated coercive response” from the authorities in the coming days or weeks, one likely to include a further internet slowdown, violence, and more detentions of protesters.

“They might close the doors, but people will again, find a way to push open windows,” Ms. Vakil said. “And that’s what we keep seeing these continued patterns of protests — because they’re not able to, or not willing to, address popular anger and economic frustration.”

On September 22, the Foreign Policy program at Brookings hosted a webinar (below) featuring Vice President and Director Suzanne Maloney in conversation with journalist and filmmaker Maziar Bahari, the author of “Then They Came for Me”, which was the basis for the 2014 film “Rosewater.” Bahari is also the founder of IranWire, which has been a vital conduit for Iranian citizen journalists.