Dozens of demonstrators were killed across Iraq on Thursday and Friday as violent protests against government corruption swelled into a mass spontaneous uprising sweeping much of the country, the worst unrest since the defeat of Islamic State, Reuters reports:

Populist cleric Moqtada al-Sadr, who leads the largest opposition bloc in parliament, ordered his lawmakers to suspend participation in the legislature until the government introduces a program that would serve all Iraqis….The protests could grow if they receive formal backing from Sadr, who has long denounced corruption and the political elite.

“We Sadrists support the protests by all means, but we would wait for orders from our leader Sayyed Moqtada before we would take to the streets,” a senior Sadrist politician, Awad Awadi, told Reuters. He called the protests “a revolution of hunger.”

The turmoil in Iraq, a country central to America’s Middle East policy, comes at a critical moment in the region amid soaring tensions between Iran and the United States — both allies of the Iraqi government. Iraq hosts thousands of U.S. troops and also is home to powerful Iranian-backed militias. There were already concerns the country was turning into a proxy battlefield between the two sides, AP adds. 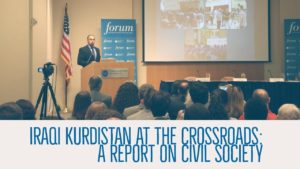 Iraq’s political system divides up cabinet seats among the most powerful parties, who competed for months to form a government before picking the independent Prime Minister Adel Abdul Mahdi last year, Reuters adds:

Analysts say Abdul Mahdi is beholden to the often clashing interests of those parties and so unable to enact real reform. … Many Iraqis despise politicians and governing institutions. Lawmakers spend large stretches of time abroad and are unavailable to constituents when parliament is not in session. 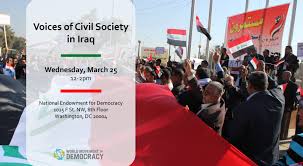 “There’s a failure of vision… the protests yesterday really just showed how lacking in ideas or any alternative vision or any political program all the political classes are,” said Fanar Haddad, senior research fellow at the National University of Singapore’s Middle East Institute.

On the one hand, the broad-based nature of the protests will make it difficult for a political party to hijack them or for the central government to appease them. “But it’s also a weakness for protesters – where can this go? I can’t see it going anywhere definitive,” Haddad said. 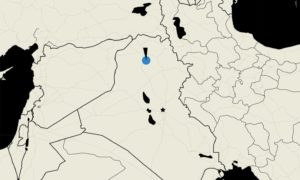 A large majority of Iraqis remain pessimistic about their country’s direction due to frustrations with corruption and low levels of trust in the government’s ability to address major concerns such as the economy and unemployment, according to a recent National Democratic Institute (NDI)* opinion survey (below) conducted with funding from the UK Conflict Stability and Security Fund.

Sectarianism was widely viewed as waning, as a strong majority of citizens still identify themselves as “Iraqi.” But political tensions remain a significant source of division and women’s rights continue to be viewed as worsening even as there is a high demand for equality, the survey found. Many Iraqis admit that harassment is prevalent on the street and when dealing with government institutions, and some consider physical punishment of wives to be  acceptable in certain cases, said NDI, a partner of the National Endowment for Democracy.

Shoura, a new documentary (above) from VOA News explores a town torn between victims of Islamic State and families of IS members, and coming to terms with the past. 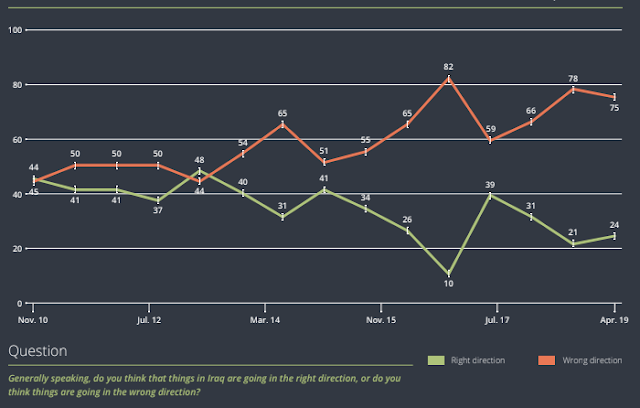