John Hume was a political giant whose vision created the Northern Ireland that exists today. But he was a politician, not a saint, and should be remembered as such, writes @tommctague. https://t.co/s5dDSOjfZl

In the new Northern Ireland that Hume created, the usual rules of democracy have been suspended in the pursuit of a peace that remains delicate, notes Tom McTeague. Power is shared among communities; majorities of individual citizens or politicians do not, and cannot, take all. Decisions must be made by mutual agreement. The consequence is a government that cannot be replaced, but that ensures an uneasy stability, he writes for The Atlantic:

Yet his legacy is greater still. Hume combined moral clarity against violence and strategic vision for what peace might entail with a politician’s embrace of life’s complexities, the need to compromise and to take risks, to find where power lies and to exploit it. Hume was supremely successful in this effort, whether you agree with the ends he pursued or the tactics he deployed to achieve them; he was not a saint, but a man who made judgments that are not beyond reproach. He abhorred violence, but brought Sinn Fein’s leaders (who did not) to the top table of Northern Irish politics.

‘I never thought in terms of being a leader. I thought very simply in terms of helping people’.

Nobel Laureate and former SDLP Leader John Hume passed away last night. We all live in the Ireland he imagined – at peace and free to decide our own destiny.

In seeking out giants, we are too quick to seek out perfection, when no such thing exists, McTeague adds.  Hume’s legacy lies in the compromises he championed and the complexities he recognized.

“John Hume was a political titan, a visionary who refused to believe that the future had to be the same as the past,” said former British premier Tony Blair.

While Mr. Hume sympathized with the aims of militant republicans, he insisted that Northern Ireland’s political future would be determined by nonviolence, not bombs and bullets, The Post adds.

“There’s this historic, romantic Irish thing that the only way that you can solve the Irish problem is by spilling blood, the sacrifice syndrome,” he told the Catholic magazine Commonweal in 1984. “I say Ireland is a country to live for, not die for. I don’t want the young people dying for Ireland, I want them to live for it.” 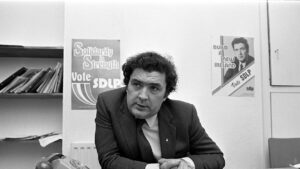 From protest to politics

Hume was one of a dozen SDLP members who spent 10 days in Washington studying political techniques at the National Democratic Institute, part of the National Endowment for Democracy, through which the major political parties, business and labor try to help foreign political parties strengthen democratic procedures and institutions, The Times reported.

“John Hume was a giant,” said former NDI president Ken Wollack. “He was the only two-time recipient of NDI’s Democracy Award – – in 1985 and 1998,” he said. “Most important, one of NDI’s early efforts in the mid-1980’s was to work with John and his Social Democratic and Labor Party as it was transitioning from a civil rights movement to a political party.  His legacy will always be honored by those who cherish peace, democracy and human rights.”

As a member of both the Westminster and European parliaments, Hume’s work was “known
far beyond the borders of his homeland” for his “strong voice of reason and non-violence,” said NDI, which worked with Hume and other party leaders to impart political techniques, while their SDLP counterparts provided dramatic testimony of their struggle to conduct democratic politics in a conflict situation.

Mr. Hume, a former French teacher who was known for a sharp wit but rarely for rhetorical flourishes, rose from hardscrabble beginnings to become the longtime leader of the Social Democratic and Labour Party, The Boston Globe adds. In his campaign for peace, inspired by the example of Martin Luther King Jr., he employed a winning combination of public exhortation against IRA violence and secret diplomacy with its political leadership, sitting down for talks in his modest row house over coffee. 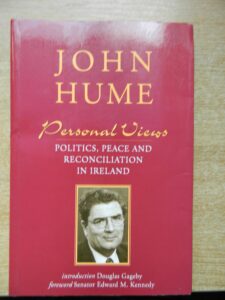 In N. Ireland, Hume had a reputation as a man who did not suffer fools gladly, notes The Globe.

“Question: What is the difference between John Hume and God?” one joke asked. “Answer: God doesn’t think he is John Hume.”

In his memoir, “John Hume — Personal Views: Politics, Peace and Reconciliation in Ireland,” he recalled his father taking him to a Republican meeting in the late 1940s, The Times adds.

“They were all waving flags and stirring up emotion for the united Ireland and an end to partition,” he wrote. “When my father saw that I was affected, he put his hand gently on my shoulder and said, ‘Son, don’t get involved in that stuff,’ and I said, ‘Why not, Da?’ He answered simply, ‘Because you can’t eat the flag.’ That was my first lesson in politics, and it has stayed with me to this day.” 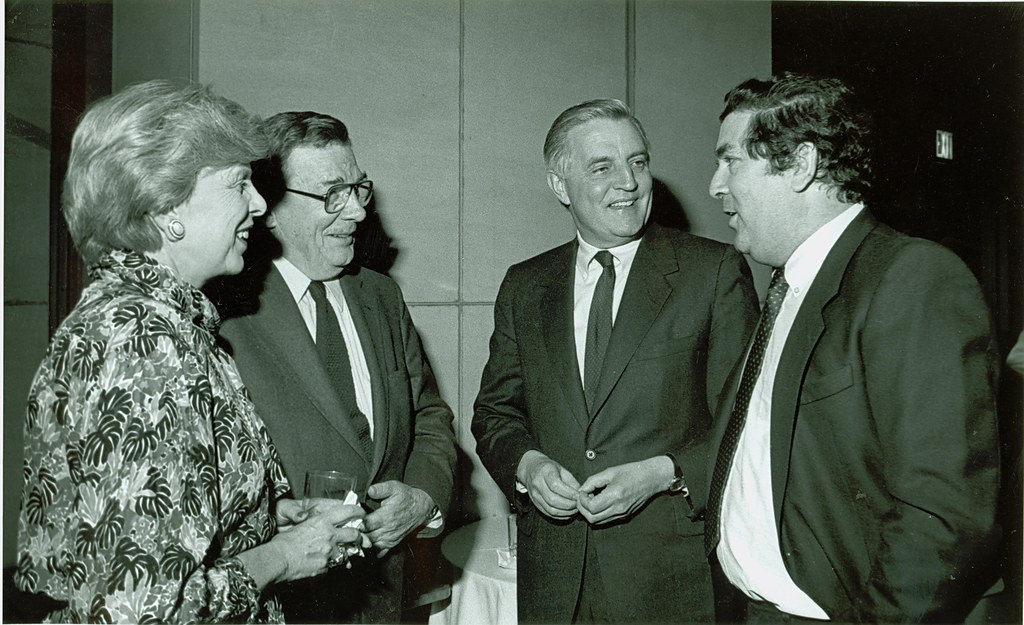