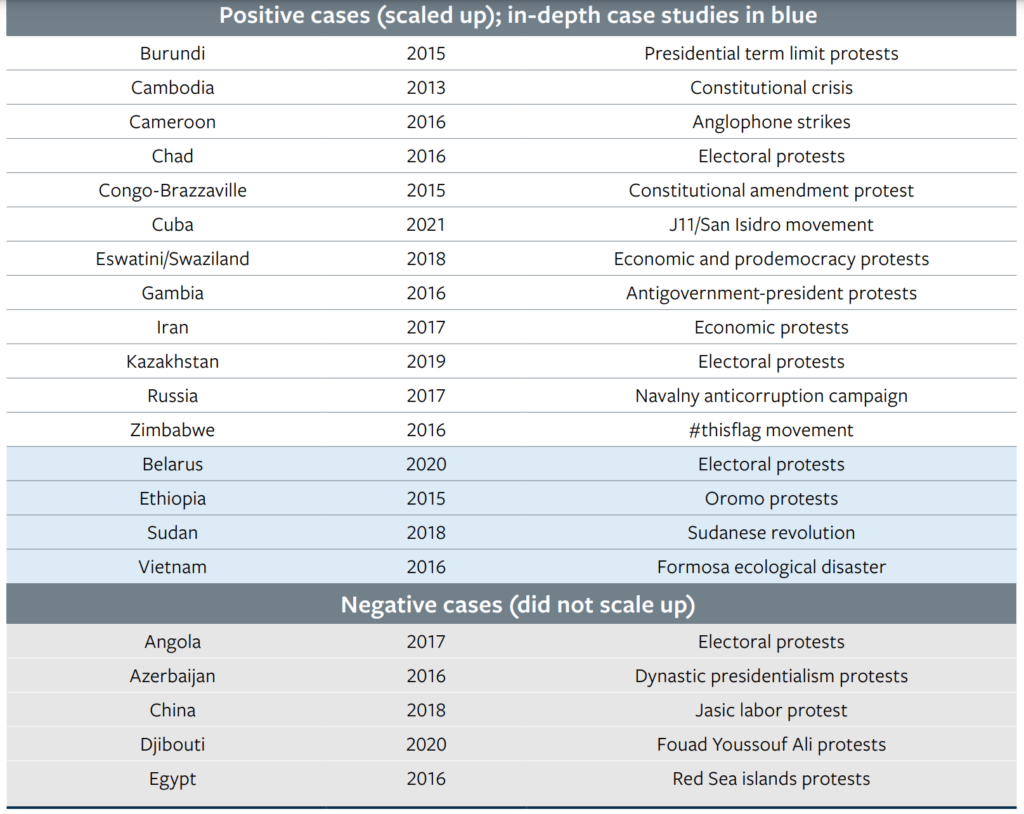 Prodemocracy activists do not usually initiate or lead broad-based movements in authoritarian regimes and the success of such movements can hinge on undermining regime narratives, according to a new analysis from Freedom House.

The report, “How Civic Mobilizations Grow in Authoritarian Contexts,” analyzes what helps and harms civic mobilizations in countries governed by hard authoritarian regimes. Previous research has shown that social movements are much more likely to achieve their goals if they reach a certain participation threshold. What, however, enables the growth of social movements toward that threshold in the face of authoritarian repression? Freedom House analysts Laura Adams, Natalia Forrat and Zack Medow ask.

They examined 21 recent episodes of attempted mobilization in authoritarian contexts to determine the factors that helped or hindered movement growth, including whether movements are led by new or established opposition members, how mobilization campaigns frame issues, and the roles played by diasporas, the internet, and repression. The analysis also draws on case studies of civic mobilizations in Belarus following the contentious 2020 election, Sudan in 2018-19, Ethiopia in 2015-18, and Vietnam in 2016 to highlight certain salient factors, including:

Factor 1: New leadership. Leaders of successful movements often come from outside established opposition groups. In our cases, they included entrepreneurs, artists, environmentalists, and members of youth movements. Prodemocracy activists are not usually the ones to initiate or lead broad-based movements, but their support can improve the chances that a nascent mobilization will grow, as they have technical expertise and experience dealing with the regime. However, they are hindered both because they are typically known to the government which can quickly repress them, and because they are sometimes perceived as an “old guard” seeking personal gain and disconnected from grassroots concerns. In the cases in our study where the mobilization was led by members of an entrenched and fractured opposition, they were successful when they were able to unify or join forces with new social movements. 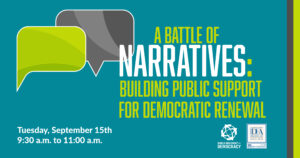 Factor 2: Renewed framing. While many authoritarian regimes use violence and propaganda to ensure compliance, they also care about constructing a narrative that legitimizes their rule. Usually, regime leaders do so by connecting their leadership to societal values, such as fairness or security, and group identities, including ethnic, religious, or class ones. When a movement credibly calls into question whether the government has lived up to its ideals, and presents an alternative vision of the future that speaks to the same societal values the regime invokes, it is more likely to grow. RTWT

The United States has a strong stake in supporting those striving to live in freedom, say Freedom House President Michael Abramowitz, the Bush Center’s David E. Kramer and the National Endowment for Democracy’s Damon Wilson. We want to see those yearning to break free from repression possess the same universal rights that those of us living in democratic societies enjoy. Indeed, the advance of democracy and freedom around the world serves American national interests and ideals, they write for the Dallas Morning News.