If the United States lets France take the lead in the wake of the Beirut bomb blast and Prime Minister Hassan Diab’s resignation, Lebanon’s people will get more political paralysis, cosmetic reforms, and Hezbollah control of state institutions, a leading observer suggests. 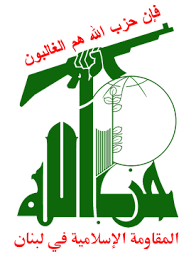 Although it is too early to tell if the ammonium nitrate belonged to Hezbollah (right), there are many factors suggesting the group is responsible. It has control over a major part of the port, including the area where the explosion took place and where Hezbollah had temporarily stored its missiles since approximately 2008, writes Hanin Ghaddar, the Friedmann Fellow in The Washington Institute’s Geduld Program on Arab Politics.

The Beirut port explosion is likely to go down in history as a turning point in Lebanon’s political configuration, argues analyst Rami Khouri. The country is experiencing the same dynamics as other Arab states have since 2010: the irresistible force of an enraged and pauperised citizenry marching in the streets to bring down a power structure that refuses to budge.

But Lebanon’s power structure is unlike any other Arab country’s and it is even more difficult to challenge. Hezbollah represents something very different. It is more powerful than the state militarily, and more cohesive than any other single sectarian organisation, he writes for Al Jazeera. So the big challenge for the protesters and all Lebanese now is: can the citizenry and Hezbollah work out a compromise agreement that allows a serious, capable government to assume power for a long transitional period that can start the revival of the country, while keeping Hezbollah’s arms off the negotiating table for now? Khouri asserts.

Sami Atallah, director of the Lebanese Center for Policy Studies, a prominent think-tank, doubts that the government resignations would usher in the political and social reforms Lebanese are demanding unless an effective transitional administration were to be appointed, the FT reports.

“This clientelistic and sectarian system breeds corruption and incompetence,” he said, adding that Lebanon’s old guard was “trying to throw the blame on this government and let it take the fall . . . so they distract the blame from them or their cronies”.

Stand up to the zaims

To rebuild the state, we need to have a transitional government not only composed of competent people but with a vision of how to deal with the overlapping political, economic and social crises. It must have legislative authority lest it becomes hostage to the failed political parties in parliament, the LCPS argues in its must-read assessment of the crisis:

While this is necessary, it is not sufficient. People must continue organizing and rebuilding their syndicates and unions as they are key pillars for any democratic society. More fundamentally, people need to overcome their fear of the political class, the zaims, and their thugs who have treated them as clients and not as citizens with rights. More people must have the courage to stand up to the corrupt elite who are not only the obstacles to the building of the state but they are the source of our misery and impoverishment. There is no other way.

Critics of Lebanon’s power-sharing system say it has precluded the establishment of an effective, central state as former warlords and sectarian leaders are too often driven by regional agendas and self-interest, adds Reuters. 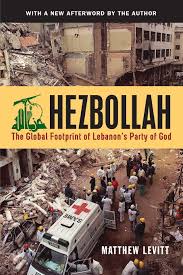 The main parties dominating Lebanon – Sunni, Shi’ite, Druze and Christian – have all carved out spheres of influence in the state which they have exploited to their own end, while blaming each other for the mess. The most powerful is the heavily armed, Iran-backed Shi’ite Hezbollah movement, which the United States has labelled a terrorist organisation and deems a global threat. The group is today more deeply involved in state affairs than ever, it notes in a Special Report: Lebanon’s Power Struggle – Why a Failing State Can’t Get the Lights On.

Lebanon’s vibrant and well-developed civil society has forced change before. After Rafik Hariri’s assassination, the Cedar Revolution – a series of demonstrations under the motto of “freedom, sovereignty, and independence” – forced the withdrawal of Syrian troops from Lebanon, notes Shlomo Ben-Ami, . But Lebanese civil society faces far stiffer opposition today than anything the embattled Syrians could mount in 2005, he writes for Project Syndicate:

Over the last 15 years, Iran has spent lavishly to turn Lebanon into its strategic playground. As a result, Hezbollah is more powerful, and Lebanon more subservient to external powers – including Iran, Syria, and Russia – than ever. These powers will not sit back and allow a reform of the political system that has made Lebanon such a crucial link in their regional strategy, even at the price of turning the country into another Libya. Far from a new Cedar Revolution, efforts to push reform could lead to a conflict much like the civil war of 1975-90, in which foreign powers and rival local militias join forces and tear Lebanon apart.

Diab is out. Hezbollah is still there. The protesters may be angry but they won’t have much influence, analyst Seth J. Frantzman writes for The Jerusalem Post. There’s no evidence that a new prime minister, a new health minister supported by Hezbollah, will do more than the last one. Given the realities of Lebanese politics where sectarian parties, many run by powerful families, control everything, the chance of change is slim.

Even before the smouldering embers have been extinguished beside the dock, which has been described sarcastically as the “Cave of Ali Baba and the 40 Thieves” because of the rampant corruption, Hezbollah-aligned Lebanese President Michel Aoun and Hezbollah secretary-general Hassan Nasrallah have tried to blindside the people with outrageous claims, analyst Jamal Rifi writes for The Australian. Among them is that the explosions were caused by a bomb or a missile fired, they say, by a malevolent force. But where is the evidence? 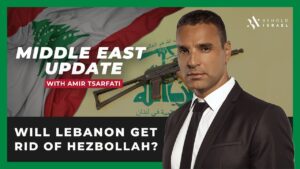 Faysal Itani, a political analyst and deputy director of the Centre for Global Policy at Georgetown University, wrote that the port, like other aspects of Lebanese society, suffers from “a pervasive culture of negligence, petty corruption and blame-shifting”.

There are several things the U.S. government can do to give the Lebanese a chance to create a new political system in which Hezbollah is cut down to size, says The Washington Institute’s Ghaddar:

New Jersey Senator Cory Booker, a Democrat, and Ohio Senator Rob Portman, a Republican, unveiled a bill Thursday that would require the State Department to publish an annual report on the mistreatment of Arab citizens who violate their county’s anti-normalization laws regarding Israel, The Times of Israel reports.