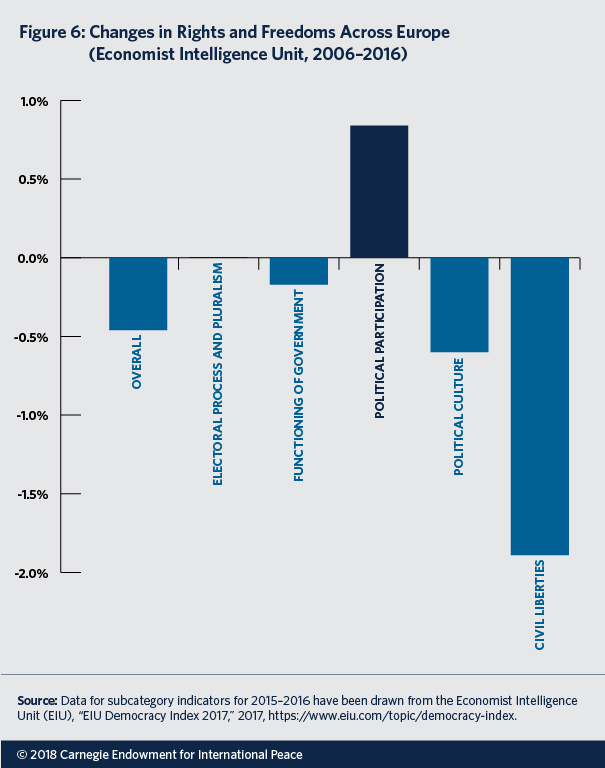 Many scholars and pundits have recently declared that democracy is in crisis. According to analyses that draw on data from the Varieties of Democracy Project, the average level of democracy across the world has not necessary declined, according to the University of Chicago’s Michael Albertus and the University of Washington’s Victor Menaldo. But over the past five years, the quality of democracy has declined in more countries than the number in which it has increased. In many countries, democratic backsliding comes from deep sources, they write for The Washington Post’s Monkey Cage: 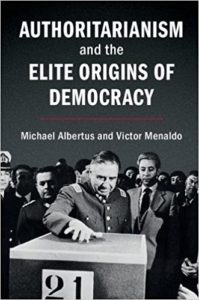 In our new book, “Authoritarianism and the Elite Origins of Democracy,” we document a little-known fact: Out of the 122 total democratic transitions since 1800, in 80 cases — or 66 percent — new democracies inherited a constitution from authoritarian predecessors. That includes some of the world’s early democracies, such as the Netherlands, Belgium, Sweden and Norway. Examples since World War II include Argentina, Chile, Kenya, Mexico, Nigeria, South Africa and South Korea.

Why does that matter? When an outgoing authoritarian regime designs democratic institutions, it often shields the incumbent elite from the rule of law and gives them an unfair advantage in the new democracy’s politics and economy. Those outgoing rulers and incumbents want to protect their own lives and welfare, avoiding accountability for human rights violations and political repression.

“We shouldn’t be surprised, then, that some of these biased constitutions contain the seeds of a return to dictatorship,” they add.

Populism puts little stock in checks and balances, notes Joshua Muravchik, a distinguished fellow at the World Affairs Institute. Populists are generally demagogues, which is why we have often seen them resort to appeals to bigotry, both here and abroad. That is the reason that the “democracy community” is alarmed at the rise of populism, but populism is not the only issue or even the main one that the Prague Appeal for Democratic Renewal (left) addresses, he writes for the National Review:

That such an initiative might draw return fire from its targets is to be expected. More surprising, however, was the broadside against it in these pages, Muravchik adds:

Around 85 percent of [Prague Appeal signatories] are not Americans. Of the 38 signers who are, I know almost all and don’t see any who I think would call themselves “progressive.” A large part are associated with groups such as Freedom House and the National Endowment for Democracy. Some are moderate liberals, others are centrists or conservatives, and some are neoconservatives. (For the text of the document and the list of signers, see Forum2000.)

When democratic procedures were adopted by the Eastern and Central European states following the collapse of communist rule in the Soviet Union and the countries of the Soviet bloc from the end of the 1980s, they were overlaid on populations with no previous experience of civic participation, and little understanding of democratic principles, according to John Lloyd, co-founder and senior research fellow at the University of Oxford’s Reuters Institute for the Study of Journalism:

Few of these states have had any more than a brief and often crisis-ridden experience of a polity in which democracy, rule of law and respect for independent institutions were the norm. Today, it seems, old spectres are emerging from their temporary entombment, as anti-Semitism rises again, and recent social and sexual shifts in both law and public opinion in Western states – such as acceptance of same-sex marriages – are shunned.