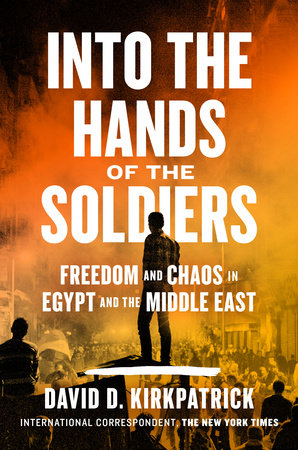 Over the weekend, a court in Egypt sentenced 75 people to death, The Washington Post reports:

[Abdel Fatah al-] Sissi’s regime has cracked down not just on Islamists but also on a broad section of Egyptian civil society, including journalists, opposition politicians, aid agencies and nongovernmental organizations. The mass trial, rights groups say, is yet another grim illustration of how far Sissi is willing to go. “This can only be described as a parody of justice,” Naija Bounaim of Amnesty International said in a statement. “It casts a dark shadow over the integrity of Egypt’s entire system of justice and makes a mockery of due process.”

“That coup was a watershed moment for the region, snuffing out dreams of democracy while emboldening both autocrats and jihadists,” Kirkpatrick wrote in an excerpted piece for the Times. “And American policy pivoted, too, empowering those inside the administration ‘who say you just have to crush these guys,’ said Andrew Miller, who oversaw Egypt for the National Security Council under Mr. Obama …

Egypt is no longer a prize to be won, but a weak state in danger of collapse, Miller and Michele Dunne (left) and Andrew Miller assert in The National Interest. Nevertheless, Miller argues, there is A New Hope for NGOs in Egypt.

Current political trends in Egypt and their implications for stability and U.S. interests was the subject of testimony by Dunne, a National Endowment for Democracy board member, before the U.S. House Foreign Affairs Committee.