ECOWAS to Send Team to Mali As Opposition Plans Rally https://t.co/iee2tIDHhi via @allafrica

Thousands of cheering Malians came out onto the streets to show their support for the August 18 military coup against democratically-elected president Ibrahim Boubacar Keita. Reports of the event point to this support as popular validation of the coup and the need for regional mediators to find common ground with the coup leaders in ongoing negotiations. This reasoning is problematic for many reasons, according to Joseph Siegle and Daniel Eizenga, the Director of Research and a Research Fellow at the Africa Center for Strategic Studies, respectively.

First, a coup is a coup. It boils down to individual members of the military deciding that they have the authority to replace a democratically-elected leader. Using this rationale, what is to stop others in the military from claiming the right to replace the current junta? they write for AllAfrica: 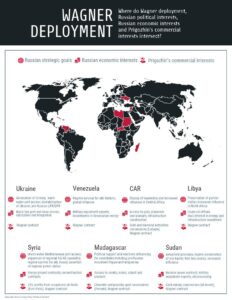 Characterizations of popular support for the coup have also been mixed with seemingly incongruent images of Malians waving Russian flags and pro-Russian messages. In an unlikely coincidence, these pro-Russian sentiments gained prominence after a murky memorandum of understanding on security cooperation was signed between Russia and Mali in June 2019.

It was around this time that the infamous Russian mercenary outfit, the Wagner Group, reportedly arrived in Mali. Russia and Wagner have been increasingly active in Africa, most notably in the Central African Republic and Libya, where they hope to build on the Syrian model of swooping into a fragile state facing a security threat and, in the process, maximize Russia’s geo-political leverage – and often access to natural resources.

These Russian engagements are invariably linked with disinformation campaigns aimed at delegitimizing democratic governance and the West, Siegle and Eizenga suggest. RTWT