“Were we wrong to have thought that MBS could bring progress to Saudi Arabia?”

A Saudi court sentenced a Yemeni blogger to jail and then deportation to Yemen for a social media post supporting equal rights for all in Saudi Arabia, Human Rights Watch said today. After a trial in which he was provided no counsel, Mohamad al-Bokari, a Yemeni living in Riyadh, was sentenced on July 20, 2020 to 10 months in prison and a fine of 10,000 Saudi Riyals (US$2,700). Al-Bokari has 30 days to appeal. 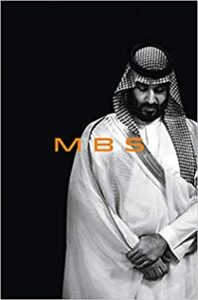 As Crown Prince Mohammed bin Salman of Saudi Arabia sidelined rivals to consolidate power a few years ago, a former Saudi intelligence official feared that he would end up in the prince’s sights and slipped out of the kingdom. The prince has been trying to get him back since, first asking the former official, Saad Aljabri, to come home for a new job, then trying unsuccessfully to have him extradited on corruption charges through Interpol, according to text messages and legal documents reviewed by The New York Times (HT:FDD).

Is there any less promising terrain for the emergence of liberal, democratic government than the Kingdom of Saudi Arabia? asks Tarek Masoud, the Sultan of Oman Professor of International Relations and professor of public policy at Harvard University’s John F. Kennedy School of Government. Debates rage over the precise alchemy that transforms dictatorships into democracies, but whatever one’s preferred ingredient, Saudi Arabia is almost sure to be bereft of it, he writes for the NED’s Journal of Democracy:

The country’s history is entirely authoritarian, its people denied even the barest hint of political participation. The Kingdom’s performance on the Polity IV Index—a common measure of a country’s degree of democracy—is impressive in its dismal consistency: Saudi Arabia has earned the lowest possible score every year since 1946 (the first year for which data are available), a feat unmatched even by tyrannies such as Saddam Hussein’s Iraq, Hafez al-Assad’s Syria, or Kim Il Sung’s North Korea.

While it is clear that MBS will never develop an Atatürk-like commitment to even the forms of democracy, it is equally clear that, when the Kingdom of Saudi Arabia finally does achieve representative government, historians will record his tenure as a necessary phase on the road to it, Masoud writes in a review of MBS: The Rise to Power of Mohammed bin Salman by Ben Hubbard. The question is whether this will be because the reign of Mohammed bin Salman proved—after an unpromising start—to have been an era of progress in which the groundwork for decent institutions was laid, or a time of tyranny so dark that Saudis vowed never to repeat it. RTWT