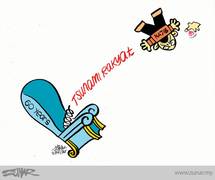 On May 9th, 2018, Najib Razak’s United Malays National Organisation (UMNO) Government was defeated in general elections that stunned the world. Today, nearly five months on, the International Federation of Journalists (IFJ) has launched Fighting for Media Reform in the ‘New Malaysia  – a situation report analyzing the changes needed to ensure freedom of expression and press freedom thrive in Malaysia.

After decades of ever-tightening controls and ongoing violation of free speech under Malaysia’s ruling UMNO party, the election of the Mahathir-led Pakatan Harapan government signaled a real prospect for positive change. In this situation report, the IFJ probes the situation. If Dr Mahathir is truly committed to reopening freedom of expression in the “new Malaysia”, then change must swiftly and it must delve deeply and effectively to break the many legislative binds that have stifled free speech and democracy in the country for too long.

Much remains to be achieved and certain fundamental protections must become non-negotiable. These will include:

The Digital Security Act passed by the Bangladeshi parliament last week, despite vehement opposition from the country’s journalists, strikes a blow to freedom of speech in the country, Human Rights Watch said today:

Section 21 authorizes sentences of up to 14 years in prison for spreading “propaganda and campaign against liberation war of Bangladesh or spirit of the liberation war or Father of the Nation.” The United Nations Human Rights Committee, the independent expert body that monitors compliance with the International Covenant on Civil and Political Rights (ICCPR), to which Bangladesh is a party, has expressly stated laws that penalize the expression of opinions about historical facts are incompatible with a country’s obligations to respect freedom of opinion and expression.

“The new Digital Security Act is a tool ripe for abuse and a clear violation of the country’s obligations under international law to protect free speech,” said Brad Adams, Asia director at Human Rights Watch. “With at least five provisions criminalizing vaguely defined types of speech, the law is a license for wide-ranging suppression of critical voices.”