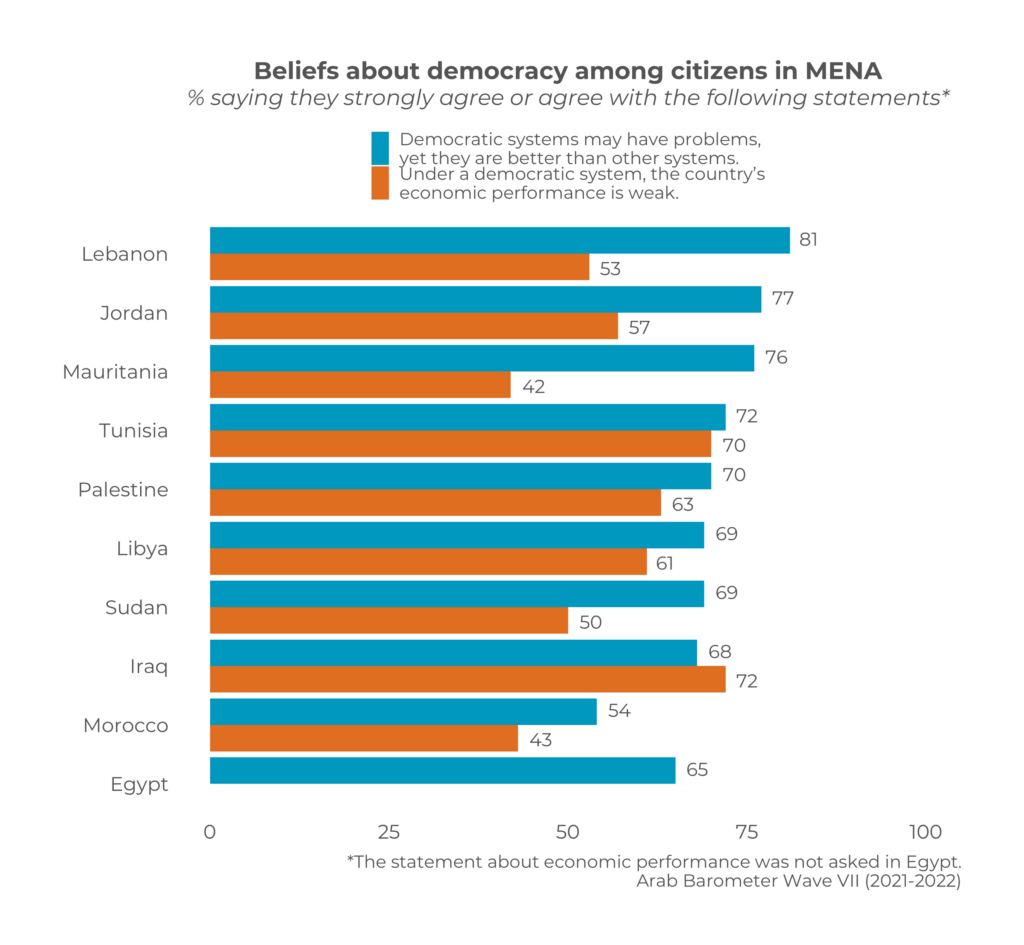 In previous Arab Barometer survey waves, the vast majority of MENA respondents affirm that democracy remains the best system of governance. This seventh wave is no exception — but there have been dramatic changes in the perception of democracy overall, note the Barometer’s director Michael Robbins and Amaney Jamal, dean of the School of Public and International Affairs at Princeton University and co-principal investigator of Arab Barometer.

In the past few years, MENA publics have become far more likely to say that the economy runs poorly under democracy, that democracy leads to instability and that democracy is indecisive, they write for the Post’s Monkey Cage:

These outcomes could reflect the broader global retrenchment of democracy. Or perhaps these shifts are the result of MENA citizens reflecting on the recent challenges experienced by countries in the region such as Tunisia, Lebanon and Iraq — three countries where governments have changed as a result of elections in the past decade. Regardless, the results make clear that citizens value democracy, though many have updated their views of how democracy works.

Salma al-Shami explains in a new report how the lack of food is linked to a lower commitment to democracy, a higher desire to emigrate and diminished concerns about addressing climate change and other critical issues facing the region, Robbins and Jamal add. RTWT

Arab Barometer data and data analysis tools are freely available online thanks to the Middle East Partnership Initiative, USAID, the National Endowment for Democracy, the Carnegie Corp. of New York and the BBC Arabic.