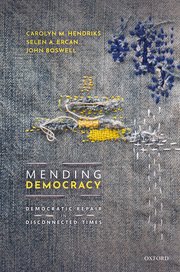 Current approaches to democratic renewal fall short in addressing widespread disconnection. Most reform initiatives are procedural or institutional, focused on changing formal rules, such as electoral systems, or coupling new institutions with old ones, like using a citizens’ assembly in a legislative context, Carolyn M. Hendriks, Selen A. Ercan, and John Boswell write for Policy Forum.

These ‘patches’ might help repair isolated institutional problems, but they often do little to strengthen the broader integrity of democracy, they contend in a new book, Mending Democracy: Democratic Repair in Disconnected Times:

Instead, a different approach to democratic repair is needed, which we call ‘democratic mending’. Democratic mending focuses on strengthening connections in weak parts of the democratic system. It does this with incremental, small-scale, everyday work that can enhance and reimagine the democratic institutions and practices as they are, rather than by seeking to re-invent them. 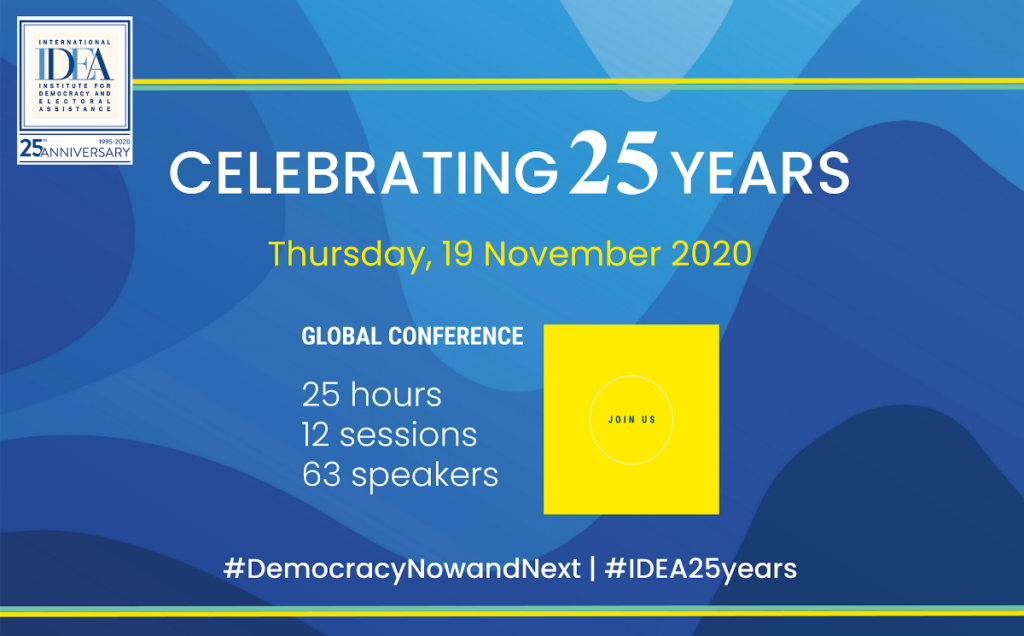 International IDEA’s 25th Anniversary Global Conference “Democracy Now and Next”, 19-20 November 2020, features 12 sessions in different countries, 63 prominent speakers and 25 hours of exchange of ideas and insights on the most salient democracy-related topics from such experts as:

The conference will be streaming directly on YouTube and also you can see it from Webex,  via specific links that are now available on each session´s page. Here is how you can take action:

1. Share images, short videos, or texts of 25 words with your answer to this question: What does democracy mean to you?
2. Use hashtags #IDEA25years and #DemocracyNowandNext so that your stories appear on the 25th Anniversary microsite.
3. Mark your calendar for the conference on 19-20 November 2020.