House Speaker Nancy Pelosi departed Taiwan on Wednesday after a whirlwind visit that included a meeting with Taiwan’s president and vows to preserve democracy in Taiwan in the face of growing threats from mainland China, The Wall Street Journal reports:

Mrs. Pelosi (D., Calif.), the highest-ranking U.S. official to visit Taiwan in a quarter-century, now heads to South Korea and Japan before returning to the U.S. During her meeting with Taiwan President Tsai Ing-wen on Wednesday, Mrs. Pelosi said the U.S. wouldn’t abandon its commitment to Taiwan, framing her visit as part of a broader struggle over democracy’s future.

“Today the world faces a choice between democracy and autocracy,” Mrs. Pelosi said. “America’s determination to preserve democracy here in Taiwan and around the world remains ironclad.” 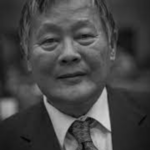 Wei Jingsheng (right), who was persecuted for calling for democracy in China and has dealt repeatedly with Pelosi since being expelled by Beijing, said her “key asset” was that she listened to dissidents, The FT reports. “Over time, she has proven that she is more often right on the PRC [People’s Republic of China] than others,” said Wei [a recipient of the National Endowment for Democracy’s 1998 award], who echoed a view shared by friends and opponents that might explain Pelosi’s determination to visit Taiwan despite the warnings: “Once she makes a decision, few can dissuade her.”

Pelosi met with prominent human rights advocates who were once imprisoned in China, using a visit to the National Human Rights Museum in Taipei to highlight the stark contrast between Taiwan’s democratic reforms and the Chinese Communist Party’s intolerance for dissent, The Washington Post’s Christian Shepherd and Vic Chiang add:

The museum carries a collection of documents, oral histories and archives related to the White Terror — a nearly four-decade period of martial law that included suppression, violence and imprisonment by the Nationalist Party government (Kuomintang or KMT) against those perceived to be against its rule. In February, Taiwan marked the 75th anniversary of the 1947 massacres in which the KMT killed up to 28,000 Taiwanese civilians following an attempted uprising led by those angered by exclusion under Chinese Nationalist rule.

“Our delegation’s visit to Taiwan honors America’s unwavering commitment to supporting Taiwan’s vibrant democracy,” said Pelosi. “Our discussions with Taiwan leadership reaffirm our support for our partner and promote our shared interests, including advancing a free and open Indo-Pacific region.”

This statement from Pelosi was about upholding the status quo and also traditional American values, notes analyst Seth Frantzman. The US has to decide who will draw the redlines. Will America have policies dictated to it, or will it continue the status quo of being in charge? Countries are watching, from South Korea to Japan, Australia and India. Smaller countries, that want to know if the US is committed, are also watching, he writes for The Jerusalem Post.

The moral and strategic case for standing with Taiwan, whose people share our interests and our values, could not be clearer, argues Senator Bob Menendez, the chairman of the Senate Foreign Relations Committee. China is carrying out influence campaigns against Taiwan using cyberattacks and disinformation, deploying propaganda to reinforce its “one China” message, spreading disinformation and conspiracy theories to divide Taiwanese society and make it easier to gain control of the island. This is a plan of attack eerily reminiscent of Mr. Putin’s in Ukraine, he writes for The Times.